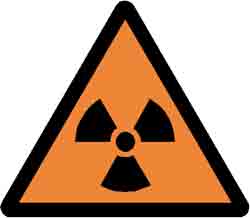 Local news stations are reporting late this evening that an unverified radiological threat was made against New York City sometime Friday. The city's alert level remains at the long-standing orange level though. WNBC passes along a statement from the NYPD:

"While the threat remains unverified, our counterterrorism posture, which is reconfigured daily based on intelligence from around the world, has been modified to include increased deployment of radiological sensors, including vehicle, marine and helicopter-mounted, as well as those carried by NYPD personnel."

Vehicle checkpoints have been established around the city, concentrating on downtown and from certain jurisdictions. Deputy Commissioner Paul J. Browne reportedly stressed that the moves were strictly precautionary and that no threat had been verified. So if you notice an increased level of police, military, and air or marine activity around the city tonight, don't become too concerned. It's just standard precautions.