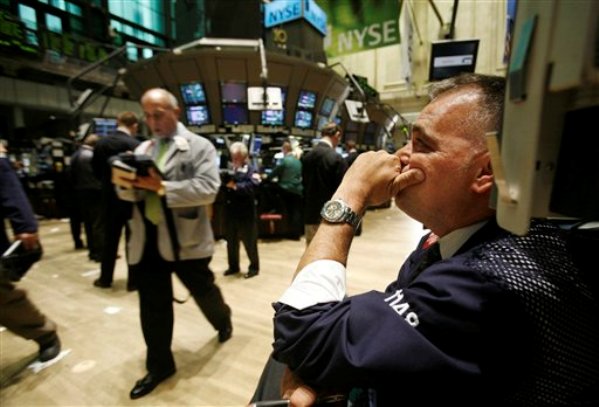 The Dow plummeted 358 points to end at 11,453, after bad news about brokerages and the ever increasing price of oil. Bloomberg News summed it up this way:

An analyst told USA Today, "Now we've got oil touching $140. We still have a credit crunch. We still have banks trying to deleverage. Consumers aren't getting credit. There's no reason for things to go higher and lots of reasons for them to go down."

#bad news
#business
#credit crunch
#economy
#mortgage crisis
#oil crisis
#recession
Do you know the scoop? Comment below or Send us a Tip