Voter's Remorse When It Comes to Spitzer 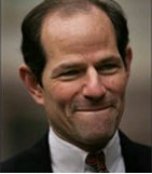 The Siena College Research Institute released information on how New Yorkers feel about Governor Spitzer, and the news is bad. Thirteen months after Spitzer was elected overwhelmingly to office, he now has a rating of 36% favorable/51% unfavorable (sliding from 64-22 in June, 41-46 in November) and a job performance rating of 27% positive=70 negative (55-37 in June, 33-64 in November). Not only that, but Siena Poll spokesman Steven Greenberg said, "A majority of voters, 56 percent, are not prepared to re-elect the Governor/ Only one in three Democrats is prepared to re-elect him, while 42 percent prefer ‘someone else.’ Nearly half of New York City voters, 57 percent of downstate suburban voters, and nearly two-thirds of upstate voters prefer ‘someone else.’ He’s dug himself a deep hole and so far has not been able to find a ladder.”

The Sun suggests the "growing disenchantment with Mr. Spitzer among Democratic voters brings a competitive primary race closer to the realm of possibility," but Baruch political science professor Douglas Muzzio says, "He's scarred, but he's not permanently disabled." And Syracuse university political science professor Jeff Stonecash suggests that Spitzer testify about Troopergate to clean the slate, "He simply has to change the way he deals with the media."

Spitzer's spokesman said, "The governor has always been clear that his leadership decisions are unaffected by polls/ The same is true today."