It's no Man Getting Hit By Football, but this video of a Dodge van getting smashed by a wrecking ball is probably worth ten of your seconds, depending on what you've got going on today. While there is some debate as to the origins of the video—one YouTube commenter astutely declares, "has to be fake i live in nyc and﻿ I would have heard about this shit in the news and on the front of the ny post"—we're pretty sure this looks like a filmed stunt for a movie, or maybe a viral marketing ad. If so, you're welcome Astroboy!

Below, a photo from the scene sent by "NineDaves," who tells us: "It's on 25th and Park, filming about a month ago, a movie called THE OTHER GUYS. Here's a shot of the cast filming there. If you zoom in, you'll see Sammy Jackson and The Rock." 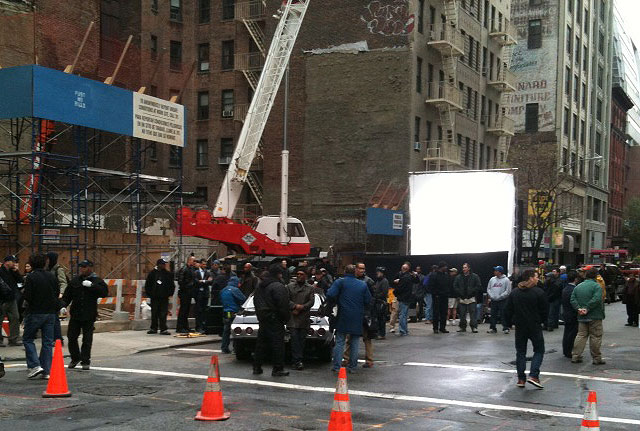 #nyc
#van
#video
#wrecking ball
Do you know the scoop? Comment below or Send us a Tip