Two Queens teens were arrested after they were caught on surveillance camera fatally shooting another teen execution-style early Friday morning. Sean Barnhill, 19, and Alexander Burgess, 16, were charged with murder and and weapons possession for allegedly shooting 18-year-old Daryl Adams in the Jamaica Houses. Below, you can see the two teens chase down an already-wounded Adams; undercover police chase them seconds after the teens fatally shot him.

A search warrant obtained in connection with the investigation of the Jamaica Houses shooting led to a raid on a Rosedale home that led to 11 arrests of people between the ages of 14 and 20, and five confiscated guns. All 11 were charged with criminal possession of a weapon. You can see a picture of those weapons below. 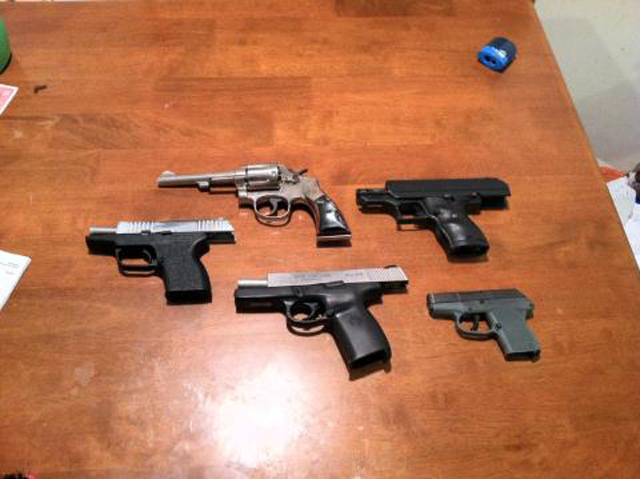 #cops
#execution-style
#murder
#police
#queens
#shooting
#surveillance camera
#teens
Do you know the scoop? Comment below or Send us a Tip