It's not really the U.S. Open until it's been disrupted by something: in recent years, we've had interrupting squirrels, foul-mouthed women, and um, more squirrels that have invaded the court. And thanks to a very curious bee, we now have something to talk about for 2014.

According to reports: "After her Japanese opponent 'showed such class' in handling the flying nuisance, 'I would've been remiss to swat it,' Williams said. 'I came up with a strategy to follow her example,' she said." You can really tell how much Williams wanted to kill the bee. Tony Bees would not approve. 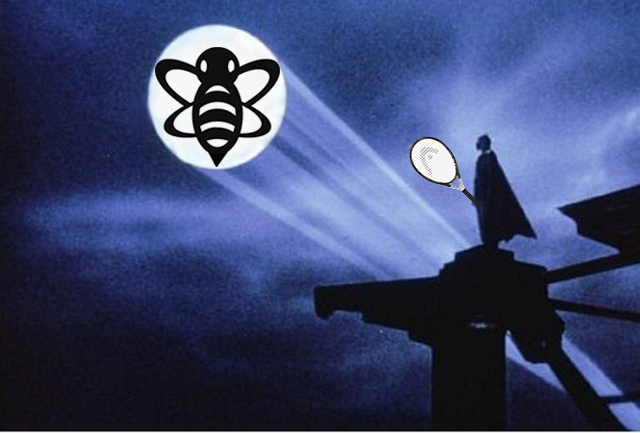 #bees
#kimiko Date-Krumm
#terror
#us open
#venus williams
Do you know the scoop? Comment below or Send us a Tip