Video: Smoke And Fire By The 9/11 Memorial At World Trade Center

A two alarm fire ripped through several trailers at the World Trade Center this morning, sending plumes of black smoke drifting across the 9/11 memorial. There were no injuries due to the blaze, which started just before 11:30 and drew 100 firefighters from 25 units to the scene. Here's video taken from the 34th floor of a building overlooking the site.

An FDNY spokesman tells us the fire started in a large shipping container adjacent to the memorial and museum. And a Port Authority spokesperson says the fire started in a construction master mechanics trailer and spread to two adjoining trailers, and that there was no damage to any of the WTC buildings or infrastructure. It's still unclear what caused the blaze, which was brought under control at 12:19 p.m. 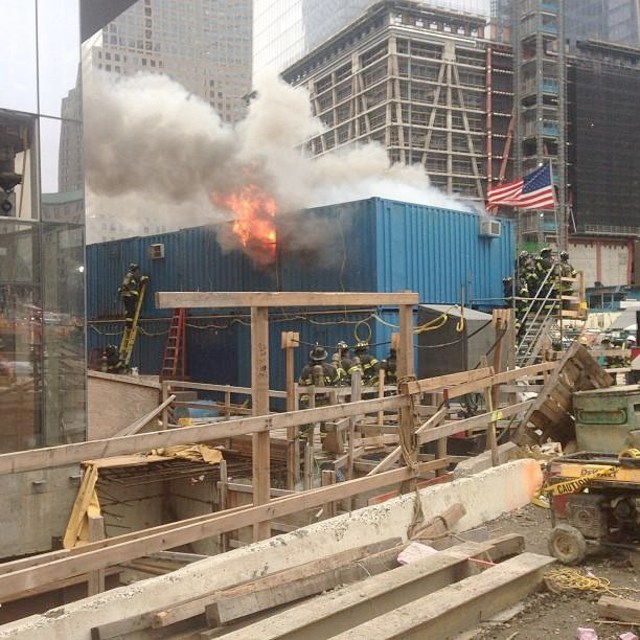 #9/11 memorial
#fdny
#fire
#wtc
#original
Do you know the scoop? Comment below or Send us a Tip
A new Gothamist is coming! We’ve moved comments over to our beta site. Click here to join the conversation and get a preview of our new website.