This week State Senator Daniel Squadron voiced his opposition to a bill that would let ticket resellers continue to make a profit on charity events. Battling the bill extending ticket resale laws in New York has become something of an annual tradition for Squadron—a tradition he apparently loses, as the bill unfortunately passed yet again. But don't let that setback take away from the pleasure of watching Squadron get, as the kids say, jiggy with it—it being the bill which is being jigged upon—on the Senate floor, channeling Jay Z to rap-speak about how "Sizellers say stick it."

He conjures up the spirit of both Jay Z ("Izzo (H.O.V.A.") and Billy Joel ("We Didn't Start the Fire") in the video above. Or as an email blast so adorably sums up the proceedings, "Squadron: H to the izz-O, T to the icket... Of Ticket Scalping You Wouldn't Believe, How Many Charities Have Been Cheated, Funds Diverted Like Thieves." It is a little like watching "Top That," only with a lot less tank top.

Yes, this was about as embarrassing as a dad at an EDM festival, but at least Squadron made one man's day. 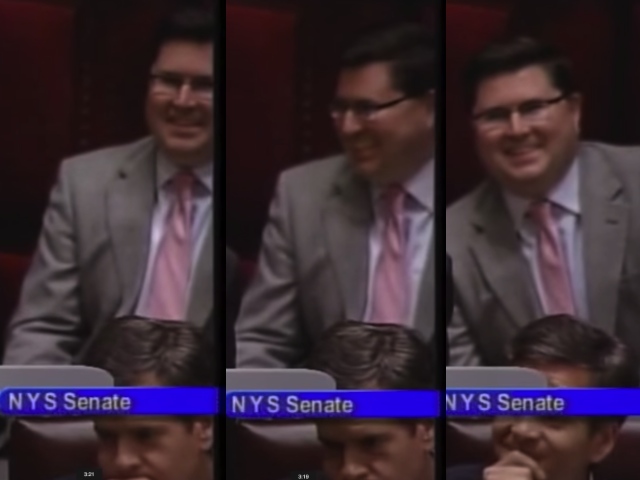 #daniel squadron
#rapping
#ticket scalping
Do you know the scoop? Comment below or Send us a Tip