"It’s just disgusting," said a tenant of 184 Kent Avenue, who like the rest of the residents we spoke to asked to remain anonymous for fear of retribution. The tenant cited the infestations, repeated heat and hot water shutoffs with no notice, and doors to the outside frequently being propped open, which she said is especially scary given a string of small, still-unsolved fires inside the building last summer. "After all those fires and stuff you’d think they’d be concerned about not letting people in."

Sloppy construction work is a concern too, she said: Construction workers "broke a huge window above the gym [late in the summer] and just barely cleaned up, so people are working out and finding huge shards of glass. It’s very minimal in terms of effort to keep it livable and clean."

Dramatizing the issues is a cringeworthy video of what an exterminator tells us is a mouse sniffing around near a baby sleeping in a crib. The mother of the baby declined to go on the record about the incident.

A Department of Health and Mental Hygiene spokeswoman said that a January 30th inspection showed signs of mice in the building and rats immediately outside. Following this reporter's questions, the agency sent a commissioner's order demanding that the building owner eliminate the infestations within five days or face potential fines.

Rat and mice infestations both pose a risk to small children—infants and toddlers have been hospitalized and even killed after being bitten by rats, a toddler at a Newark daycare was sickened after putting a dead mouse in her mouth in 2012, and mice occasionally bite people as well, though they're less inclinded.

Mice urine and droppings can also carry a variety of diseases, some of which can be life-threatening, and exposure to mouse urine is a risk factor for developing asthma.

"They constantly urinate all over, which is one of the ways they communicate," the exterminator we spoke to explained. "If that mouse is on that bed there is mostly likely mice urine on it."

The mice have been found on the third and fourth floors, according to one tenant, and a photo posted to a tenants' Facebook page allegedly shows an ant colony in a fifth floor apartment. The anonymous renters wrote, "One has to wonder how that many ants made their way up to a room that doesn't have a food source. Tiny ant elevator?"

A spokesman for the building working for a public relations firm wrote in an email:

All buildings in New York undergoing heavy construction activity experience certain issues during this process, including pest control. That is still no excuse for what’s portrayed in this video, and we have apologized to the affected tenant and already taken steps to make sure this doesn’t happen again. Building staff responded within minutes to this incident and exterminators were on hand within hours. We take matters of tenant quality of life and safety very seriously, and we encourage all tenants to make building management aware of any issue immediately so that it can be remedied.

The block-long building is a century-old warehouse that Kushner bought for $275 million and started converting to condos in April 2015 in conjunction with the company LIVWRK and the Boston equity firm Rockpoint Group. Standing in the way are tenants left over from the initial residential conversion of the building, who though they are paying rents that in many cases are above the standard $2,700 rent stabilization cap, are protected under rent stabilization through the J51 tax incentive program through 2025. 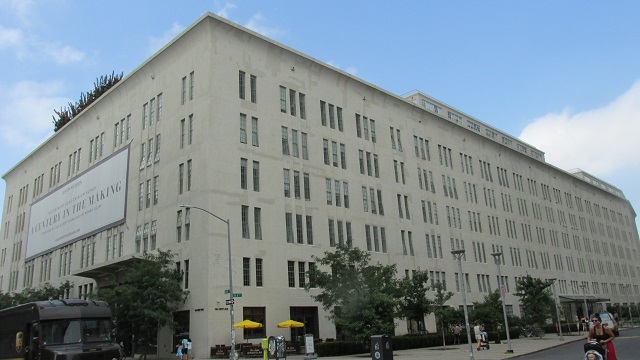 The "disgusted" tenant estimated that the building is at most a third occupied, and said the pace of condo sales has been slow. Since the conversion process began, renters have complained of dust that they fear is contaminated with lead and asbestos coating hallways and at times entering their apartments. Last summer, they said that Westminster Management was slow to communicate about a series of five, possibly six fires, leaving many unaware that they had happened at all. Later, lawyers for the management company sent a letter to residents stating that the fires "appear to have been deliberately set" by "an obviously sick individual," confusing given that the Fire Department has yet to officially declare the fires arson, much less identify a culprit. The building PR spokesman said that it would be "inappropriate" to comment on the pending investigation.

The building spokesman provided a list of improvements that the owners say they have made, including hiring additional doormen and security guards, using air filtration to mitigate dust, providing plastic dust barriers to tenants on request, and completing work on common areas first so tenants can use them.

National Grid crews responded to calls about gas odors at the building on four days in January, but did not find any leaks, according to a spokeswoman for the company.

One renter who we spoke to regarding the fires last year broke her lease and moved out soon thereafter. Another is planning to break her lease soon.

Kushner, son of real estate magnate Charles Kushner, has aggressively expanded Kushner Companies' footprint in New York City over the past several years, and in the process has drawn numerous accusations of tenant harassment. Kushner has bought dozens of buildings in Manhattan and Brooklyn over the past five years. Forty of them, primarily in the East Village, came mostly emptied of rent-stabilized tenants by previous developers with a knack for sending protected tenants packing. As Gothamist reported in 2016, tenants suffered for reasons including dust from construction, a manager who changed a front-door lock during Hurricane Sandy, chronic leaks, and ceiling collapses. 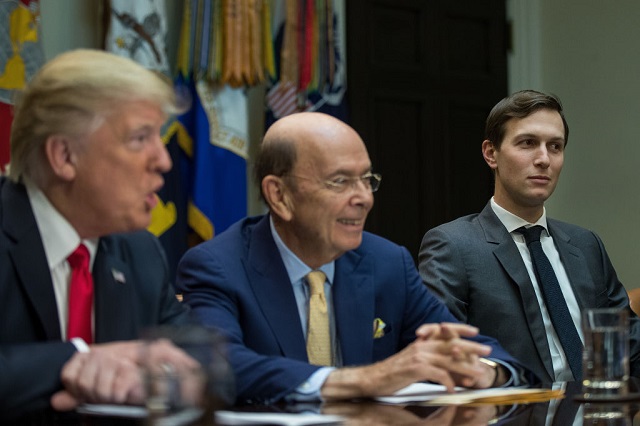 In an improbable turn of events, local real estate heir Jared Kushner is now one of the most powerful people in the world. (Drew Angerer/Getty)

One building, on East Fourth Street in the East Village, continued to face harsh conditions after Kushner took over, with tenants reporting leaks, ceiling collapses, an electrical fire, and nearly five months without gas on his watch.

Since the election, East Village tenants of Kushner's have said they're disgusted and scared that he will have power over the country. Mayor Bill de Blasio has taken another tack, telling reporters, "I respect him a lot. He’s someone who really cares about New York City and is someone that would be very helpful to us."

Kushner, who, like his father-in-law Donald Trump has no experience in public service, played an influential behind-the-scenes role in the Trump campaign and is now senior White House adviser. The Justice Department determined the day after Trump's inauguration that Kushner's appointment did not violate anti-nepotism laws, as critics had argued. In an effort to avoid scrutiny over conflict-of-interest rules, Kushner has resigned as head of Kushner Companies and said he will divest from assets including the office tower at 666 Fifth Avenue and the New York Observer. However, Kushner has not said he will divest from all of what he owns, and instead of transferring the rest to an independently managed trust, as is customary, he is transferring ownership to a trust overseen by his mother and brother, a strategy similar to the hocus-pocus of Trump's fake divestment plan.

Updated to include responses from the owners' PR firm.