“The first time I saw a photo of a child being taken away from her mother at the border, I really thought it was fake news,” Rachna Daryanani recently told Gothamist.

The 65-year-old self-identified news junkie from Rego Park continued, “These parents have gone through so much to come here. And when they’re at the door of the sanctuary, we’re grabbing from them their most precious cargo? We’re human beings. Animals don’t do that to each other. A tiger will never hurt another tiger’s baby. Only we humans do that. It should not be allowed.”

This afternoon, Daryanani—a child of refugees herself—set off on a 2,000 mile road trip from Union Square in New York City to the U.S.-Mexico border with a group of likeminded “grannies." These women, around 65 of them in total, were so enraged about the Trump administration's inhumane treatment of refugees, that they got organized in protest.

Grannies Respond, as their mission is called, includes Daryanani and three other grannies from New York City, and many more from around the country. We met with some of the women in NYC before their departure:

They will be rallying in cities along the way, with the New York crew stopping in Pittsburgh, Louisville, Montgomery, New Orleans, and Houston. On August 6th, they arrive in McAllen, Texas, at the nation’s largest migrant detention facility for a 24 hour demonstration—you can meet them there, or along the way. 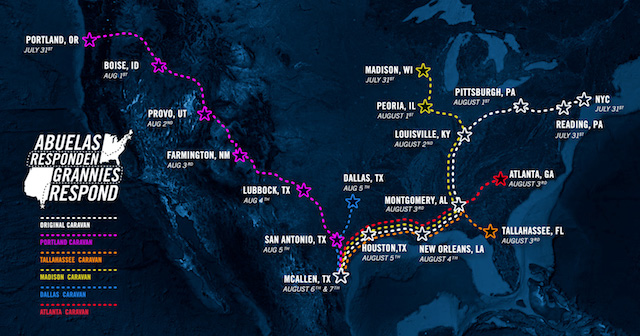 UPDATE: Some of the grannies have sent us a photo from the road!: 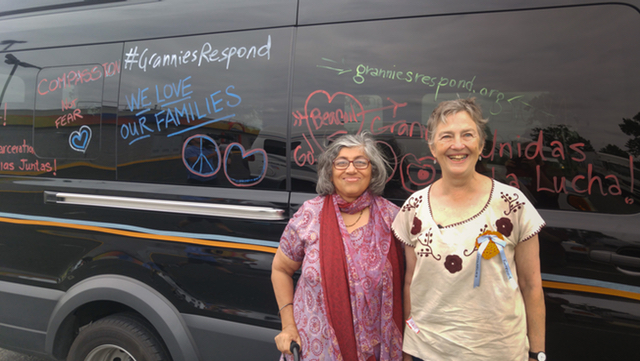