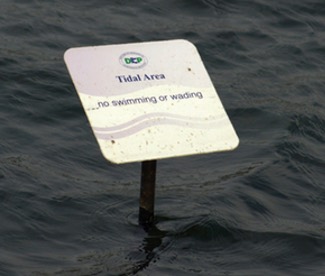 Like any real New Yorker would, Christopher Swain ushered in the first days of an unseasonably warm winter with a refreshing four-hour swim in the vat of toxic sludge separating Brooklyn and Queens. As part of his "Campaign for Swimmable Waterways," Swain, a clean water activist, committed to swimming all 3.5 miles of Newtown Creek this Wednesday to draw attention to its poor water quality.

The East River estuary is home to a delightful mix of chemicals and sewage thanks to ExxonMobil and the eastward flow of your own personal excrement, and it's the site of one of the largest oil spills on the planet, with 17 to 30 million gallons of oil leaked from ExxonMobil's refinery into its waters over the last century.

"This is probably the worst swim I've ever done,"  admitted Swain, who swam the length of the Gowanus Canal this past October. "On the Gowanus, you get gas, oil, hydraulic fluid, stuff like that. Here you get smells you don't even know."

Amid oil and chemical residue, Swain also encountered used condoms and "floating turds" on his journey, amenities he attributed to shared sewage and storm drain pipes in the Newtown Creek Wastewater Treatment Plant. The EPA has identified over 1,400 sites affected by fecal contamination, but Swain worries that current efforts to fix them up may fall short. 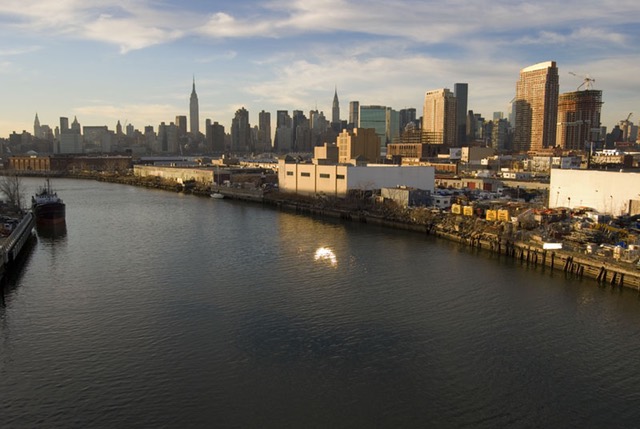 "There is a cleanup underway, so there is cause for hope, but it looks like we're on track for a partial cleanup, and it looks like the cleanup is something less than energized at this time," he warned. Calling on both the state and the people to pitch in and do their part of the work, Swain suggested someone attempt to harness the gentrification of neighboring Long Island City for good.

"This goes from warehouses and industrial factories to high-end residences 20 years from now," he said. "So when that happens, the price of admission for development needs to be that we do the green infrastructure."

Swain was accompanied by safety kayaker Nicole Butterfield during his swim, who collected water samples documenting temperature and pH for further study. Poisonous brew notwithstanding, Butterfield emphasized that, with a little TLC, the creek has the potential to someday become not just not terrifying but actually kinda nice.

"It's actually beautiful in some ways," said Butterfield at a press conference following the swim. "There's a lot of amazing street art that tells me that people do want to come out here. And if people realized that it was a great asset to the community, they might want to clean it up."