Video: Inside The Enormous Vault Where NYC's Oldest Records Are Stashed

by Jessica Leibowitz and Christopher Robbins

On a recent Wednesday afternoon, the Commissioner of the Department of Records & Information Services led two reporters down a flight of stairs, through a glass door, and past a sign that warned "Restricted Area...Employees Only."

Behind a bored looking security guard and a beige door sat thousands of boxes that contain the archives from every mayoral administration through Giuliani's.

“Their collections have been inventoried to the folder level,” Commissioner Pauline Toole said. “It reflects a kind of traditional, historical view of what is history.” 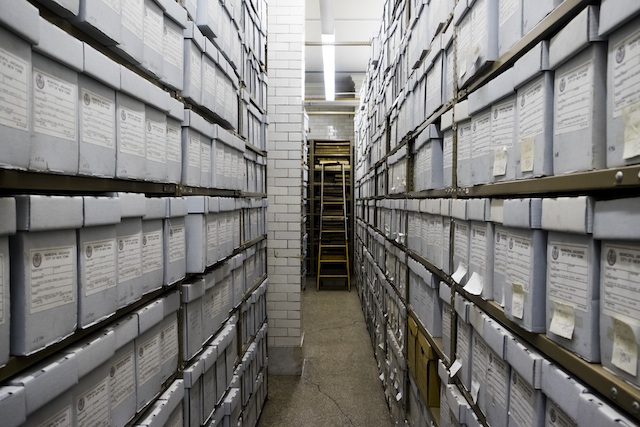 Assistant Commissioner Ken Cobb pulled a box at random from the Lindsay administration and began sifting through 40-year-old memos.

“There’s clearly slippage in here,” Cobb frowned. “With LaGuardia, you can tell he read every single piece of mail that came in. He wrote notes on everything. With the other mayors, you rarely see their input.”

Cobb has examined enough of the mayoral papers to be able to discern even the sloppiest executive scrawl.

“They’re always writing about money,” he mused. “Who’s donated money, who they’re hitting up for money.” 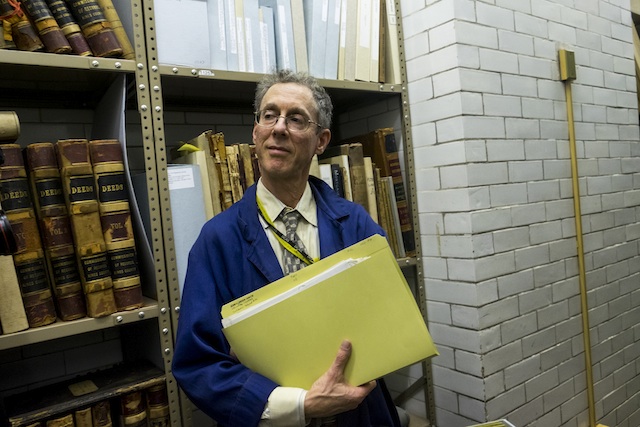 Toole’s agency, located across from City Hall on Chambers Street, is charged with maintaining a physical and virtual library full of municipal resources; obtaining, cataloguing, and digitizing the records from the city’s 50 agencies; and responding to thousands of requests from genealogists, historians, and members of the public who want to inspect the department’s treasures.

The Department of Records, with its few dozen employees [PDF], receives roughly the same amount of city funding [PDF] as the Brooklyn Borough President’s office.

“We have 221,000 cubic feet of material. It has not all been inventoried and that’s one of the projects we’ve been taking on in this administration,” Toole says. Combined with off-site storage, that number rises to 700,000 cubic feet.

“At some basic level, we might know that a particular collection is X cubic feet, the subject matter is Y and the dates are Z,” Cobb said. “For other collections, we’ve inventoried them down to the folder level.” 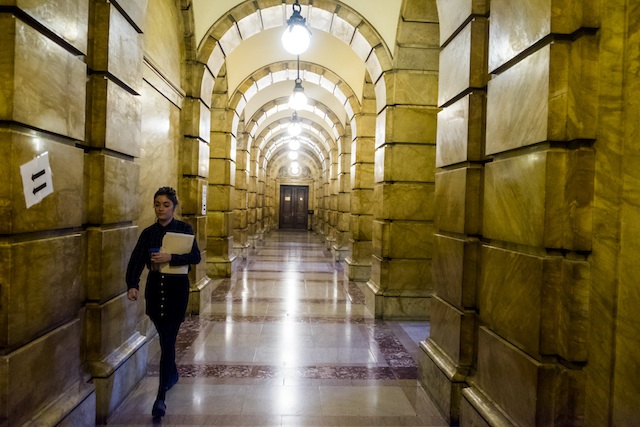 This box of Lindsay’s records was labeled “Confidential subjects.”

“For us, we maintain it as a separate subseries. There are regular subject files and then there are confidential subject files because that’s the way his agency maintained the files,” Cobb explained.

With the advent of email, those distinctions become harder to discern. 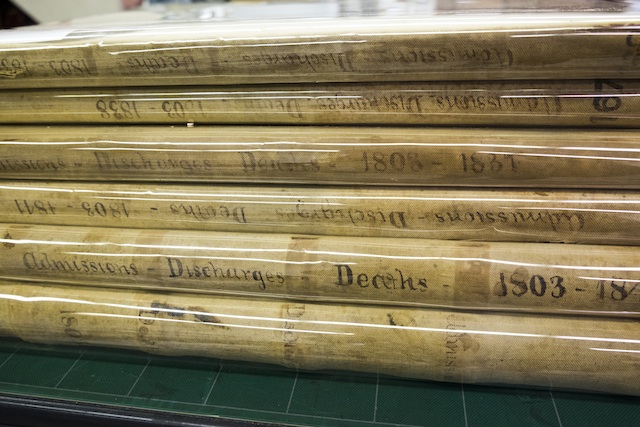 We asked Toole who decides what becomes part of the department’s historical record.

#Department of Records
#gothamist films
#john lindsay
#ken cobb
#mayoral records
#pauline toole
#original
Do you know the scoop? Comment below or Send us a Tip