Video: Industrious Harlem Arsonist Torched 15 Cars All In One Day 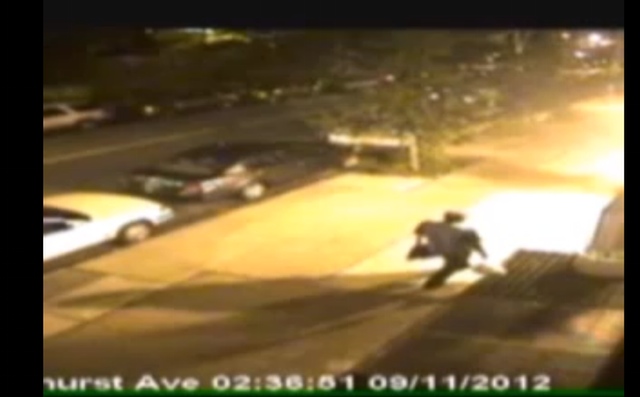 Police are looking for an uptown firebug who torched 15 cars in Harlem in one day this week. The incidents all happened on Tuesday between 1:45 a.m. and 6:30 a.m. in the 30th and 32nd precincts in Harlem. According to FDNY spokesman Jim Long, it doesn’t appear that any flammable liquids were used, but “some of the cars really took off and were burned significantly." Check out surveillance video of the suspect below:

Here's a run down of the timeline of the fires and cars:

“It’s a total shock,” Sherise Budhai-Walker, owner of the 2003 Land Rover and two weeks shy of her due date, told the Times. “We got a new car for the baby, and now it’s a total loss. It’s just sad that someone would do that.” “I’ve had a lot of fun with it,” said Frank Silver, who lost his 2013 Mustang convertible. “Who do I punch in the face for this?” Jamel Watson, whose Toyota was destroyed, added: “If I came and saw them doing this, it would be a whole different story."

Police describe the suspect as thin to medium build, bald, with a dark complexion; he was observed wearing a dark colored t-shirt, blue jeans, white sneakers, and a light blue colored drawstring backpack. Anyone with information is asked to call Crime Stoppers at 1-800-577-TIPS (8477).

#arson
#cars
#cops
#firebug
#harlem
#harlem arsonist
#manhattan
#nypd
#police
Do you know the scoop? Comment below or Send us a Tip