A gasoline tanker truck carrying 8,500 gallons of fuel crashed into a minivan and burst into flames last night just after 9 p.m. on the New Jersey Turnpike in Carlstadt. NBC New York reports that the accident occurred near exit 18W in the northbound E-ZPass lane of the Turnpike, and that the tanker caught fire soon after the crash. The ensuing fireball could be seen for miles in the November darkness, but should not be interpreted as some sort of apocalyptic symbolic of America's self-destructive addiction to fossil fuels. Here's video:

The tanker truck driver was lucky enough to escape the cab before being engulfed in flames. Carlstadt Fire Chief Robert Moore tells NBC New York that nine people, possibly all occupants of the minivan, were transported to Hackensack Medical Center with non-life threatening injuries. The cause of the crash remains under investigation, but both sides of the Turnpike have since been reopened this morning, NJ.com reports. 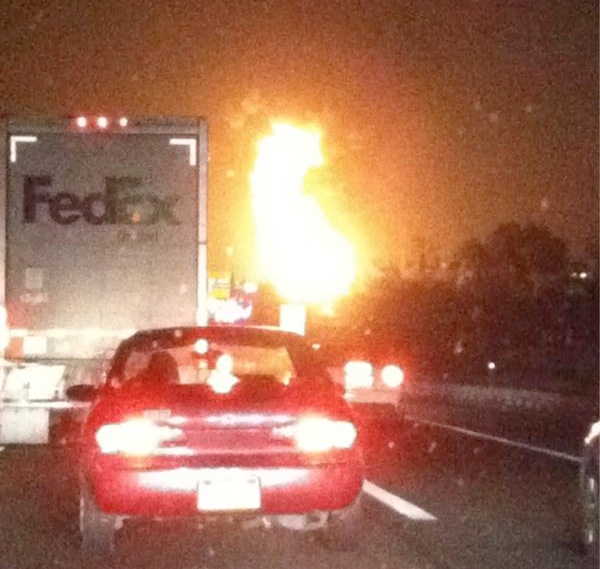