How was your commute last night? "Oh, the usual. Played a little Candy Crush, finally ordered that Squatty Potty for the guest bathroom, got in a fistfight with the train conductor—oh, and at one point I held my hands up in terror praying I wouldn't get blown away by a bunch of machine gun-wielding cops who raided the train." Here then is the eerie, Children of Men-esque quintessentially American scene that rattled commuters last night aboard a Metro-North stopped in Greenwich, Connecticut: 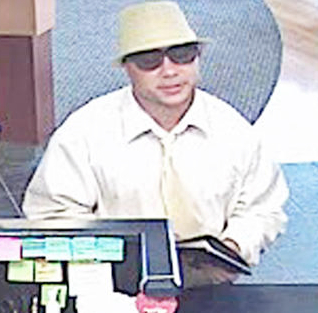 Greenwich police ordered Metro-North to halt service on the New Haven line at approximately 5 p.m. after a People's United Bank located steps from the station was robbed. It was initially believed that the robber discharged a firearm during the job, though it later turned out that no shots were fired.

The suspect, described as a short, heavy-set Hispanic man wearing a fedora, sunglasses and a gold color tie, escaped on foot with an unknown quantity of cash. The train, meanwhile, was halted until about 6 p.m. as police boarded and searched each car without incident. The passenger who took the video above with his cell phone told CBS 2, "At one time, when the SWAT arrived in full gear, they said, ‘Everyone, get off your seat and on the ground and put your hands in the air.' "

Another man who was on the platform when Greenwich police stormed the station told NBC, "For a brief moment, everybody was pretty freaked out." And one woman who was on the train said, "They are not giving us any info. They just keep sweeping the train with dogs and machine guns drawn."

#bank robbery
#commuting
#greenwich connecticut
Do you know the scoop? Comment below or Send us a Tip