Last night, the Brooklyn Nets hosted the New York Knicks at the Barclays Center, resulting in a 113-83 win for the Knicks. A Brooklyn Nets fan who bought bargain basement-priced tickets told us that it was the "worst sporting event I've ever seen." So the highlight of the game was not that the Knicks are now the least crappy team in NYC—it was Charles Barkley's first subway ride!

Barkley was an analyst for the game and had to get to Brooklyn somehow. (When Marv Albert said, “This is easily the best Knicks performance of the season," he replied, "That’s because they’re playing Brooklyn.") Sports Illustrated writer Richard Dietsch accompanied the 6'4" (or 6'6") player from Soho to downtown Brooklyn and even took some video, because this was the Hall of Fame player's first time on the subway: 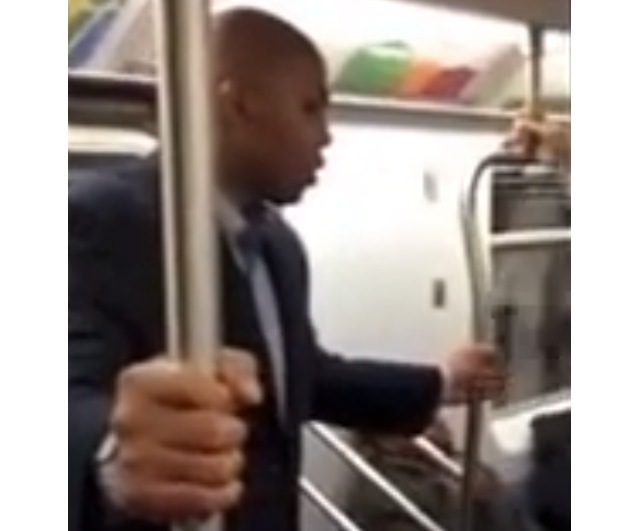 Dietsch has a travelogue:

3:59 p.m. We walk a couple of blocks to the Spring Street entrance for the downtown C and E lines. As Barkley heads down the subway steps, he yells out, "If they never see me again, tell my family I love them."

4:27 p.m. Barkley hears a baby crying in the subway car. "I'm going to see the Knicks and Nets so I know exactly how that baby feels," Barkley says. The car erupts in laughter.

4:29 p.m. Someone asks Barkley who will win the Knicks-Nets game as a voice informs riders that the next stop on the train is Clark Street. "It don't matter, man," Barkley says. "Zero plus zero is still zero."

And here's Barkley's take on the age of the Brooklyn Nets, "This ain’t Benjamin Button. They ain’t going to get younger."