Whether they live in bodegas or are just morbidly obese, we have a deep appreciation for all felines—even those cats who walk on the wrong side of the law, like the poor pussy above. That white kitty was caught by prison guards in Brazil trying to sneak contraband into the jail. Unfortunately, cops are having a tough time cracking the case: “It’s difficult to know who is responsible for this, since the cat won’t talk,” officials at the medium-security prison told O Estado de S. Paulo newspaper, according to the Post.

The cat, which was was "detained" by correctional officers of the prison in Arapiraca as it entered a prison gate, was carrying saws, drills, headset, memory card, cell phone, batteries and a phone charger (see photo below). Prison guards told the Correio newspaper that they believe the cat was secretly raised by inmates at the prison, who gave it to relatives visiting the facility late last year. 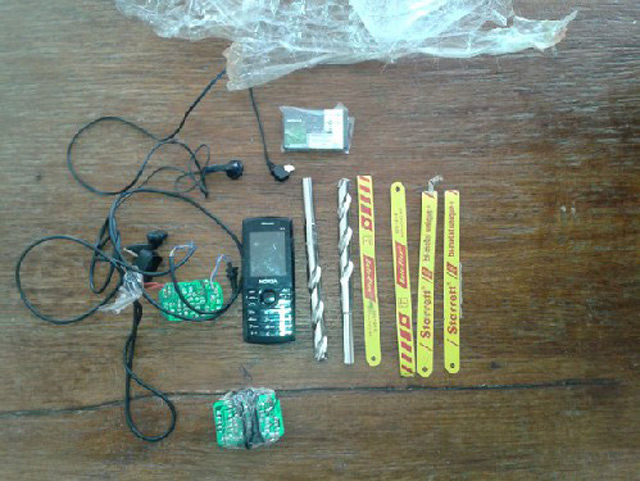 All 263 inmates are now suspects in the case. We can't wait for the follow-up story about this, in which we learn that the kitty was forced to help the prisoners after his wife and children were taken hostage, perhaps by Giovanni Ribisi or Paul Bettany!

#animals
#brazil
#cat
#cats
#contraband
#south america
Do you know the scoop? Comment below or Send us a Tip