Today on Fox & Friends, the network that is 100% neutral and does not really care who wins the election in 2012 aired a four minute video entitled “Four Years of Hope and Change” that provided a Fair & Balanced $96,000 in free advertising to the Republican Party. Has the president delivered on his promises? Let important journalist Rupert Murdoch answer that question for you.

This is probably just the work of a rogue producer, right?

In past interviews, current and former Fox employees have described Mr. Ailes as keenly interested in the content of “Fox & Friends,” which has an agenda-setting function since it starts off the network’s day of programming. The people said Mr. Ailes regularly contributed talking points and phoned in ideas for the show, sometimes when it was on the air between 6 and 9 a.m. on weekdays.

Oh, so Roger Ailes dictates the show's script while he relaxes in a hot tub full of entrails in his Mariana Trench duplex?

A spokeswoman for Fox News, which is run by the former Republican strategist Roger Ailes, did not respond to requests for interviews. However, when asked about Mr. Ailes, she said, “Roger was not aware of the video.”

Phew. But was Roger aware that bacon costs 23.3% more because of Barack Hussein Obama's War on Bacon? 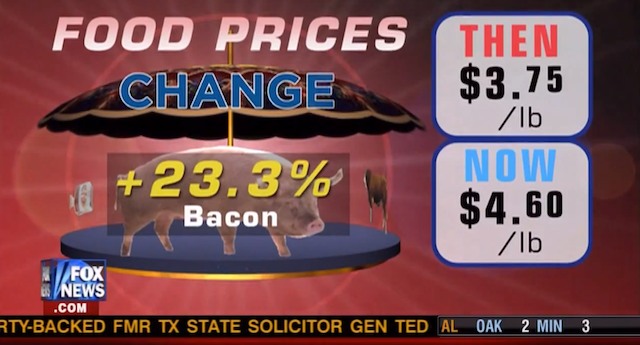 #2012 election
#barack obama
#fox news
#roger ailes
#rupert murdoch
Do you know the scoop? Comment below or Send us a Tip