There was almost a major subway CAT-ASTROPHE today when a pair of adorable kittens were spotted running wild on the train tracks in Brooklyn. According to NBC, subway service was briefly shut down after the kitties were seen running up and down the tracks near the third rail at the B/Q Church Avenue station in Prospect Lefferts Gardens. It took workers over an hour to corral them because of their friskiness: "The man's like, 'Come here kittens...' and like, he's scaring the cat so they're not going to come out," said witness Kilina Roberts.

The B and Q were suspended for about an hour around lunchtime today while the kitten crisis was handled. Eventually, they were safely placed into carrying cases; officials aren't sure whether they were strays or belonged to anyone. Here, take a clearer look at one of them, via NYCT Subway Scoop: 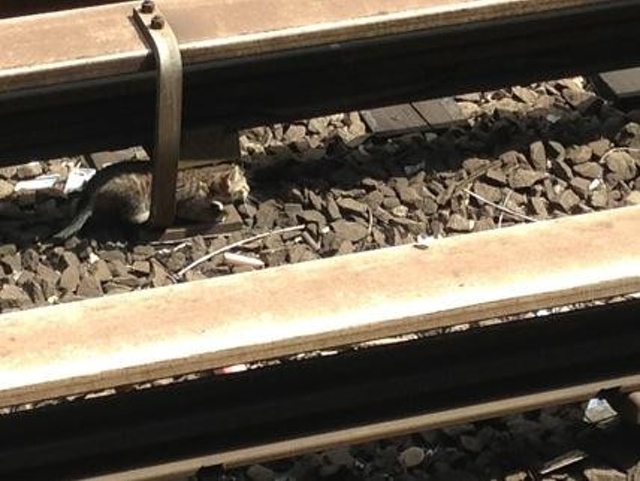 This isn't the first time a kitty has been spotted on the train tracks—but at least the kitties were okay after this incident, and no mime was involved.

Update: And it turns out the kittens escaped from their captors!

It seems these kittens have been hanging around the B/Q line all week, as tipster Bex recently saw them at Newkirk Plaza: "I saw one a few days ago eating a corn on the cob." 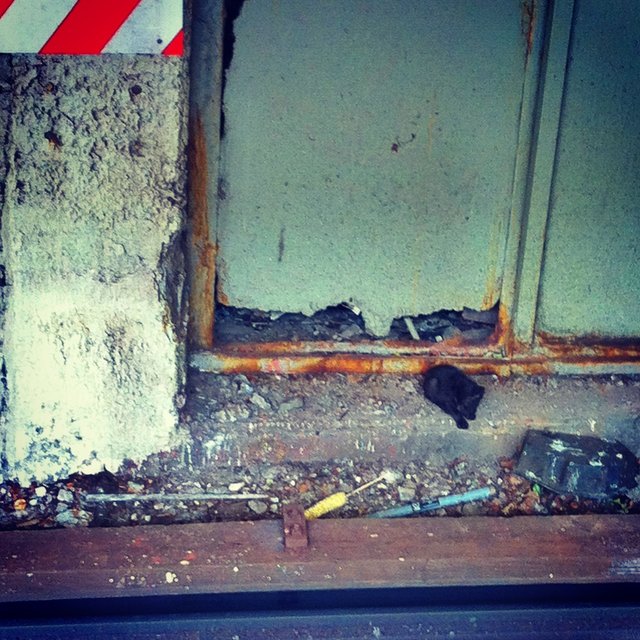 #animals
#brooklyn
#cat
#cats
#kittens
#MTA
#subway
#tracks
#train
Do you know the scoop? Comment below or Send us a Tip