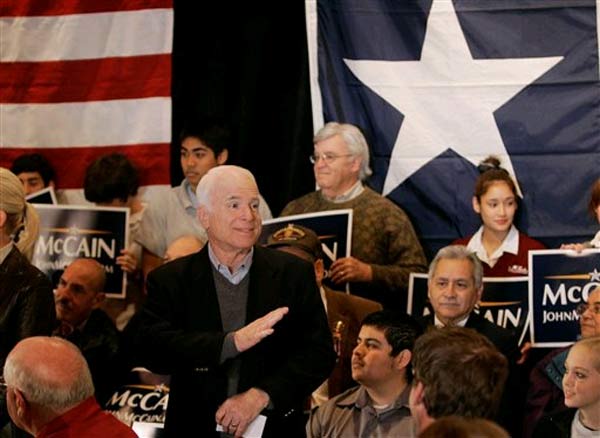 CNN, NBC, and the AP are projecting Senator John McCain will clinch the Republican presidential campaign, after winning the primaries in Texas, Ohio, Vermont and Rhode Island and clinching the 1,191 delegates needed. A source tells NBC that President Bush has invited McCain to the White House tomorrow and will endorse him. McCain will be having a victory party in Dallas tonight, complete with banner that says "1,191."

Former governor Mike Huckabee has conceded to McCain and acknowledged the fine campaign McCain has run and how proud he is of his underfunded, underdog campaign. ABC News notes that Huckabee's surprising campaign had victims along the way - Senator Sam Brownback, former mayor Rudy Giuliani, and former governor Mitt Romney.