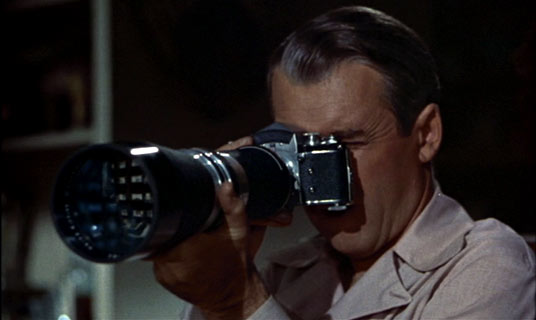 L.B. Jeffries would be screwed! City Council member Peter Vallone Jr. is proposing legislation to ban "non-consensual peeping with cameras to peeping with the naked eye" according to the NY Sun. The crime would be a misdemeanor, with a $500 fine and up to 90 days in jail. CityRoom has some of the legislation:

b. Voyeurism in a private place. It shall be unlawful to deliberately view another person, without that person’s knowledge and consent, at a place and time when a person has a reasonable expectation of privacy, while such person is (1) in a state of undress or partial dress, (2) engaged in sexual intercourse or sexual contact, or (3) urinating or defecating.

Re: part b, how about blinds and curtains? Or maybe those get in the way of passion. Vallone's spokesman said that people being peeped upon could call the police about being watched, "The most problematic case is going to be people staring into windows. It's like anything else. It won't be any harder to describe than an assault."

Vallone told CityRoom, "I started to get complaints from females who were upset that a rather large pervert was standing under the steps every morning, holding his cup of coffee, staring up at their skirts. The police told me there was no law against what he was doing. So I wrote one.” We don't know that pervert, but we did see some asshole following women up subway stairs and ducking his head to peer under their skirts.

The NYCLU's Donna Lieberman said, "New Yorkers look into each other's apartments all the time -- we're living right on top of each other." Totally! Remember when the naked lady drove Jerry Seinfeld crazy during The Contest?

And L.B. Jeffries is the character James Stewart played in Rear Window (and the apartments he spies on are at 125 West 9th Street in the Village - a fake address). Also, screw Disturbia!