UWS Parents: We're Being 'Punished' In The Name of Diversity

Residents of the Upper West Side co-op cluster Lincoln Towers are angry that the Department of Education's latest elementary school rezoning proposal draws a line through their complex, zoning children at 165 and 186 West End avenues to PS 191, a school with historically low test scores and, until recently, a contested "persistently dangerous" state ranking. Lincoln Towers has long been zoned in its entirety to PS 199—one of the most coveted elementary schools in the city, about a block from their homes.

"We have 2,600 signatures on petitions," Leah Savitt, a resident of 165 West End Avenue, told DOE officials on Wednesday, when the plan was unveiled. "We have continually asked you to respect our community, and so far you have not acknowledged that."

The DOE has said that rezoning is crucial in Manhattan's District 3, which extends from 59th Street to 122nd Street on the West side, in order to alleviate overcrowding at some schools, increase enrollment at others, and increase diversity overall.

But State Assemblywoman Linda Rosenthal predicted the Lincoln Towers community would accept nothing less than PS 199, particularly in the absence of detailed demographic data to back up the rezoning lines. "You know this is one of the most educated, active parent bodies in the entire city," she said, adding, "You know what, DOE, you work for them."

Lincoln Tower residents are the third group of Upper West Siders to dominate the school rezoning conversation in the last 18 months, weighing in heavily at public hearings on an evolving plan. Over the weekend, hundreds of them rallied in protest.

Last November, the DOE scrapped a proposal that would have shrunk the PS 199 zone, sending some students to PS 191. And this past summer, parents at PS 452 came out in force to protest a plan to move their crowded West 77th Street campus sixteen blocks south to PS 191's building. Concerns included the longer commute, the impact of new zoning lines on their property values, and safety in a building adjacent to the NYCHA-run Amsterdam Houses.

PS 191 Principal Lauren Keville stood up Wednesday following several critical assessments of her school. "I urge you to actually come see our school and see the wonderful things that are happening for our kids," she said. "There's a lot of misconceptions and I think it's important that you actually come and talk to our parents and see the success that we're having." 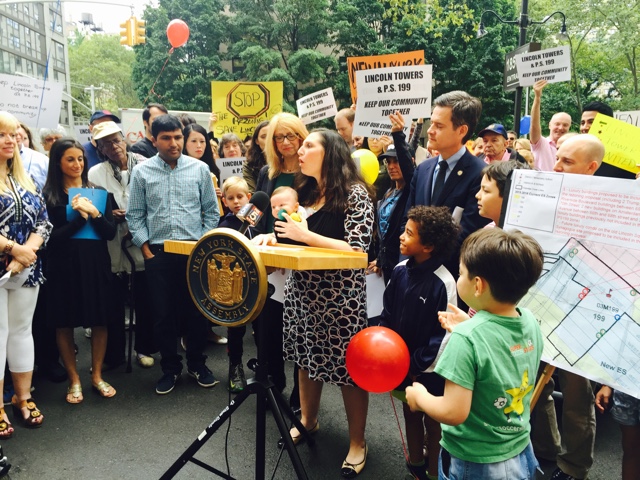 Two out of three rezoning proposals for District 3 leave PS 452 in its current location. The latest proposal shrinks the zone slightly to create more room for out-of-zone students, which the DOE hopes would increase its diversity. Two extend into Harlem, but still exclude the portion of the northern district west of Morningside Park.

Maia Gelman, a parent at PS 75 on 96th Street, argued that zoning fights disenfranchise low-income families. She is in favor of "controlled choice," which would ensure an even distribution of high and low income, special needs, and English language-learning students across all uptown schools.

"People who are bound to their zones are the people who do not have the resources, the English, the bureaucratic skills, the time, or the money to get out of their zones," Gelman said.

"We were led to believe a year ago that the scenarios that we were going to vote on... could have a full-district, holistic plan," said Community Education Council (CEC) member Zoe Foundotos on Wednesday (the council will ultimately vote on the DOE's proposals). "And we're back to the same part of our district, and we haven't seen anything from north of 110th Street."

The DOE said that it is "hoping to be able to include" those northern district schools in the debate—among them is PS 241, which the CEC says has struggled to maintain even 20 students in each grade—and is just now "starting to schedule those engagement meetings with the community."

"That seems to me that it could be a lengthy process, and it's an important process that most of the southern half of the community has been engaged in for the last 18 months," worried CEC member Kristin Berger. 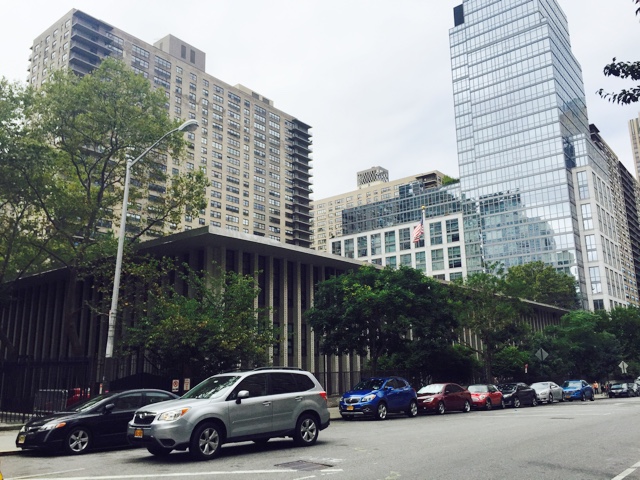 "We were up in Harlem and the local school was not doing so well," said Ziv Arazi, a parent of two. Arazi moved to Trump Place at 200 Riverside Boulevard this year, one of the buildings now in zone-limbo, along with Lincoln Towers. "We bought our apartment specifically because it was zoned to 199."

"It seems that the people living closest to 199 are being punished by being sent to another school just because they want to somehow diversify the student body," he added.

Matt Unterman lives at 303 West 66th Street, and also has a child who may be rezoned into PS 191. "We hold ourselves up as the Upper West Side," he admonished the crowd. "Politically progressive, intellectual thinkers. But this is not progressive. We are arguing about zone lines and passing up an opportunity to set up a precedent to be followed. I think we need to be brave."

Unterman called for a more drastic rezoning plan, like a super zone that would fill clusters of schools within walking distance of each other through a lottery system. "Any statistics you wanted to level you could: in terms of racial background, or special needs," he said. "The real issue is that we're not having that conversation, and there's no way we're going to have uniformly successful schools if we don't."

CEC President Joe Fiordaliso insisted on Wednesday that fairness is his goal. "I am not viewing this as the group that screams the loudest gets what it wants," he said. He added that he predicts the final plan will not be radically different from the hackle-raising scenarios already presented.

"I would hazard to guess that we're going to go back to DOE with some sort of a proposal that incorporates elements of all three and that we think we can get through the council," he said. "Otherwise it's a theoretical exercise."