The Fulton Street subway station in Lower Manhattan was evacuated this morning as the NYPD bomb squad investigated two suspicious packages reported at the station, which serves the 2 ,3, 4, 5, A, C, J, and Z lines. An NYPD spokesperson said police responded to the station shortly after 7:15 a.m. after receiving a call about two suspicious packages, and the station was evacuated "out of precaution," the spokesperson said.

The suspicious items, which appear to be pressure cookers, were deemed harmless by the NYPD around 8:15 a.m.

Our @NYPDCT Bomb Squad has cleared the devices inside of Fulton Street subway station in Lower Manhattan. They are NOT explosive devices.

Out of an abundance of caution officers have searched nearby stations. pic.twitter.com/Y32I9DFEDf

Streets around the station were closed off, and the MTA diverted subway service from Fulton Street during the investigation, disrupting morning rush hour service on the A, C, J, Z, W, 2, 3, 4, and 5 lines.

As of 8:24 a.m., trains were still bypassing the station, despite the NYPD issuing an all-clear.

There is currently no train service at Fulton St while NYPD investigates reports of two suspicious packages.

R trains are not stopping at Cortlandt St in both directions. W train service is suspended.

Please avoid the area and use N, Q, or R train service if possible. pic.twitter.com/83TChQsCJ9

Update 8:45 a.m.: There are now unconfirmed reports of another suspicious package in Manhattan, next to a garbage can at West 16th Street and 7th Avenue. This also appears to be a pressure cooker.

Appears to be a pressure cooker left on the sidewalk near a trashcan. Saw an officer taking a picture of it. pic.twitter.com/1nyfwaPtyy

Update 8:52 a.m.: The MTA says there are still service disruptions at Fulton Street as a result of the investigation.

We are so relieved that @NYPDTransit reports that the devices found at Fulton St do not pose an immediate risk to our customers. The police are still investigating and reroutes are still in effect. We know this has impacted many of your commutes and thank you for your patience. pic.twitter.com/8z4RD6gZVY

Update 9:09 a.m.: An NYPD spokesperson said officers are at the scene of the suspicious package report in Chelsea. Part of 15th Street is closed off, and officers in protective bomb squad suits have been spotted. 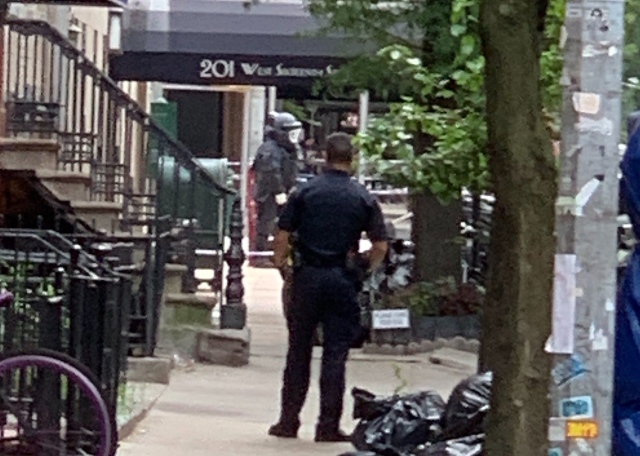 One woman walking her dog near the police lines was heard informing someone on her cell phone that she "can't get home!" 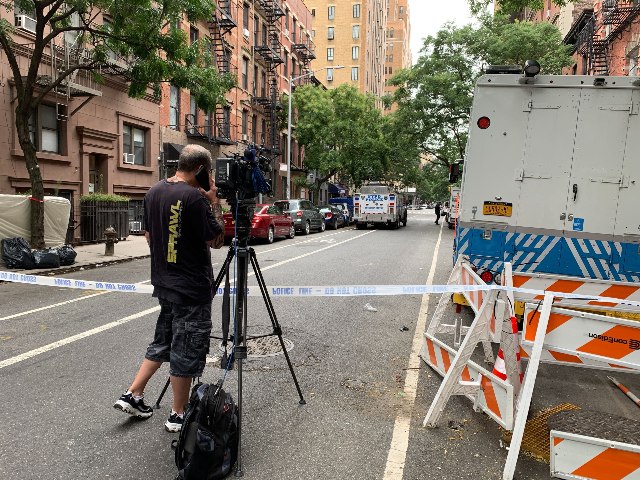 The NYPD has deemed the suspicious package in Chelsea to be safe. The FBI is on the scene.

Update, 10:30 a.m.: At a press conference, the NYPD said that two rice cookers were placed inside the Fulton Street subway complex, one on the mezzanine and one on the platform of the 2/3 line. Police said that video shows a white male in his 20s-30s with dark hair and a shopping cart placing the items in both places, about 25 feet apart.

NYPD Deputy Commissioner John Miller said the police want to know "why is he placing them there and what is the purpose of that," adding that the man was "not a suspect but certainly someone we want to interview.

A subway rider who noticed the items let NYPD officers know around 7 a.m., and then the station was evacuated.

Then, before 8:30 a.m., the police investigated the item left near a garbage can at 16th Street and 7th Avenue in Chelsea. According to NBC New York, "All three devices were stainless steel, silver commercial-grade rice cookers with black handles; all three were empty." 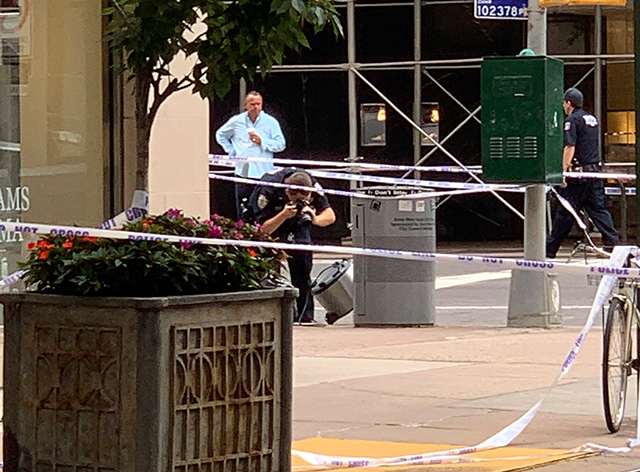 The police consider the items found at Fulton Street to be hoax devices. NYPD Chief of Transit Edward Delatorre said the one found in Chelsea appeared to have been "put out with the garbage."

NYC Transit President Andy Byford credited how the MTA and police were able to evacuate Fulton Street calmly. "This just shows the benefit of everyone working together," he said. "We have 6 million people on subways everyday and thats 6 million pairs of eyes and ears; if you see something say something and we can keep New York City safe."

#Chelsea
#Fulton street
#MTA
#subway
#suspicious package
#we the commuters
Do you know the scoop? Comment below or Send us a Tip