[UPDATES BELOW] Two motorcyclists are being sought by the NYPD for their involvement in a high speed chase that culminated in the brutal assault of an SUV driver in front of his wife and 2-year-old daughter on Sunday afternoon in Washington Heights. Part of the incident was captured on helmet-cam video; below you can see what precipitated the chase, but the recording cuts out after a biker smashes the driver's side window with his helmet:

According to the NYPD, the driver, who has been identified in the press as 33-year-old Alexian Lien, was assaulted by a group of bikers after a fender-bender on the West Side Highway. As you can see in the video, after the collision, the group surrounds Lien's Range Rover, and then Lien plows through them to escape. 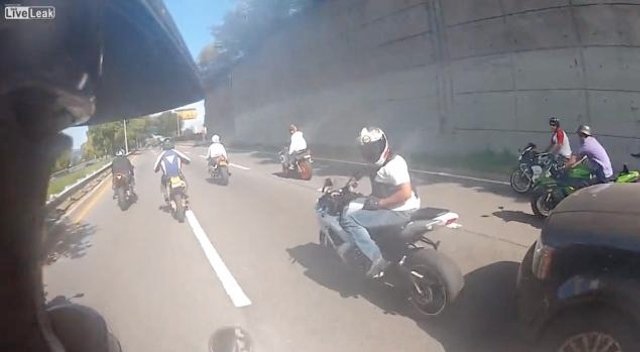 One biker's legs were allegedly broken by Lien. A witness tells the Daily News, "The rider was bleeding out of his mouth and nose even though he had a helmet on. He was conscious but couldn’t move at all.” The tabloid identifies him as Jeremiah Mieses, 26, of Lawrence, Mass. His father, a reverend in Pennsylvania, said on Facebook, "My son just got out of surgery. Now we have to contend with his situation that he will never walk again." 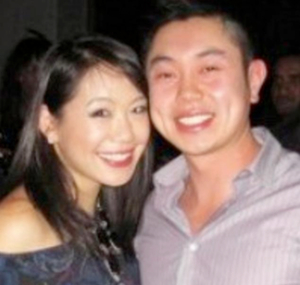 After a lengthy chase, during which the SUV's tires were slashed, Lien was surrounded at West 178 Street and St. Nicholas Avenue. One of the suspects is seen in the video smashing in the driver's side window, and then the video ends. Police say Lien was dragged from the Range Rover and beaten; first responders found him lying on the pavement in a pool of his own blood. The motorcyclists were gone.

Lien was treated for his injuries at Columbia University Medical Center and released. No arrests have been made, but the investigation is ongoing and police are searching for the two suspects seen in the photo at top. One suspect has a flag sticker of "Guyana" on the rear of the motorcycle.

NYPD Commissioner Ray Kelly says officers arrested 15 bikers and confiscated 55 motorcycles Sunday during the loosely organized ride, known in some circles as the Hollywood Stuntz. (Last year multiple arrests were made when the ride culminated in Times Square.)

Update 11:51 a.m.: An NYPD spokesman tells us one arrest has been made. Christopher Cruz, a 28-year-old motorcyclist from Passaic, New Jersey, has been charged with menacing, reckless endangerment, reckless driving, and endangering the welfare of a child. The NYPD would not comment on whether Cruz was apprehended or if he turned himself in to police, but the investigation is ongoing.

Update 2:02 p.m.: NYPD sources tell the Daily News that Cruz was the motorcyclist seen on video swerving in front of Lien's Range Rover and stopping short, resulting in the collision that sparked the chase. Other motorcyclists claim there was an earlier confrontation with Lien on the road, and that the bikers "were trying to slow him down so as to pass." 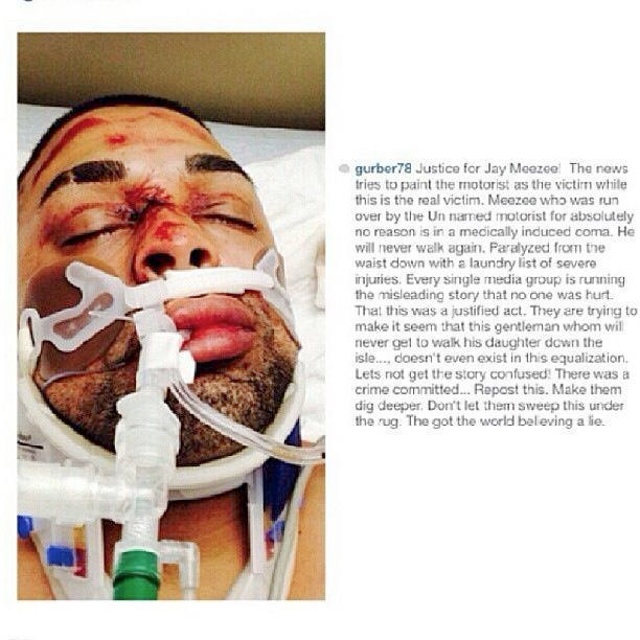 The Facebook group "Justice for Jay Meezee" posted photos of Jeremiah Mieses in the hospital, hooked up to a ventilator.

Mieses was one of the bikers Lien plowed through to escape the motorcyclists after the first collision. Mieses is currently in a medically-induced coma with injuries to his heart, lungs and ribs, and is paralyzed from the waist down. His wife, Dayana Mieses, says he had dismounted to help Cruz after the initial collision. "This man needs to know he hurt someone,” she tells CBS 2, referring to Lien. “That man paralyzed my husband. He needs to pay for what he did.”

Anyone with information regarding this incident is asked to call Crime Stoppers at 1-800-577-TIPS (8477). The public can also submit tips by logging onto the Crime Stoppers website or by texting their tips to 274637 (CRIMES) then enter TIP577

#Bikers
#motorcycle rally road rage
#motorcyle
#nypd
Do you know the scoop? Comment below or Send us a Tip