Update: Woman Trapped Under A Dumpster In Midtown

A woman was struck and pinned under a dumpster truck in midtown this afternoon. According to the FDNY, the accident happened around 2:05 p.m. at 7th Avenue and West 58th Street. The person has been removed, and is being escorted to NYU Hospital in "serious condition." We'll update as we learn more information. [Update Below]

Update: A reader sent in the photo below, in which you can see the dumpster more clearly.

Update: Chief Greg Bierster, of Battalion 9, told us at the scene:

The NYPD is still conducting their investigation, but it appears there was a woman crossing the street holding a bag of groceries. The truck was pulling out and didn't see her, and her right calf was caught underneath the front tire of the truck. Engine 23 was the first to respond, and along with Ladder 4, Rescue 1, removed her calf from under the truck. 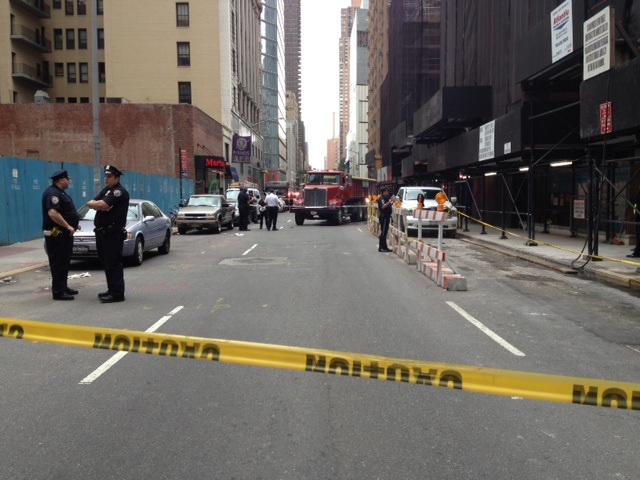