[UPDATE] West 57th Street Closed After Crane Gets Stuck With 13,000 Pounds Of Concrete 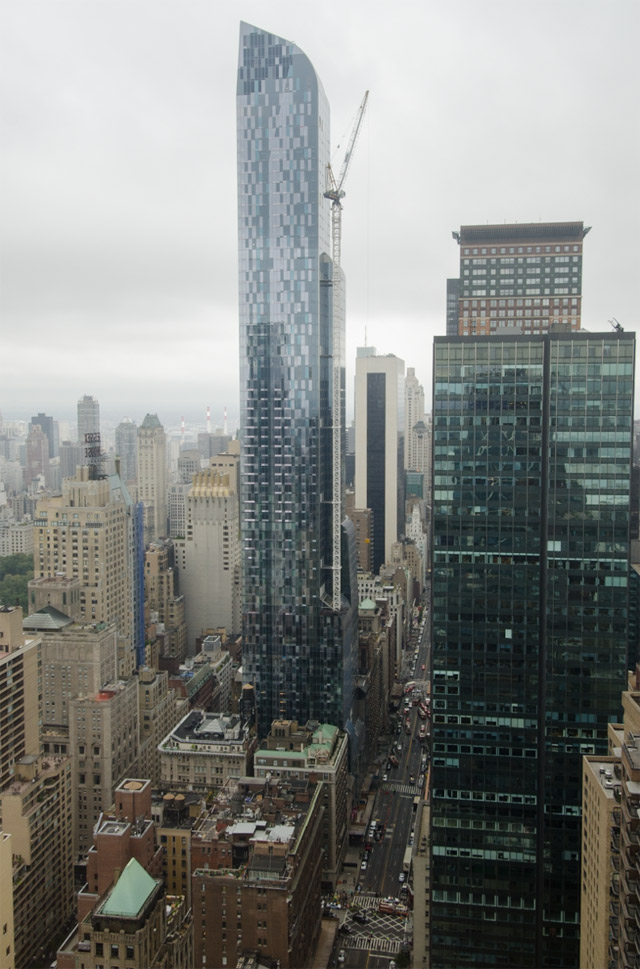 Photograph of the crane from a Gothamist reader

You'll recall that this is the very same location where a crane partly snapped during Hurricane Sandy and dangled over West 57th Street.

Oh good that crane on 57th is broken again. I was starting to miss their life-threatening shenanigans!

WABC points out, "The malfunction is causing additional concern because New York City is under a tornado watch."

Update 4:41 p.m.: The load was slowly lowered down to the street over the course of six hours, finally returning to terra firma at about 3:30 p.m., and NBC New York reports that the street has reopened.

#crane
#danger
#Extell
#one 57
#west 57th street
Do you know the scoop? Comment below or Send us a Tip