UPDATE: Two Young Girls Who Ran Away Together Are Back Home In Queens

The NYPD is hoping the public can help them locate two girls who haven't been seen in their Bayside homes since Wednesday afternoon. Update: The police now say the girls "returned home and were reunited with family."

Sofia Cadena, 10, was last seen in her house on 225th Street around 3:30 p.m. on Wednesday. Her friend Clare Kim, 11, was last seen around the same time, and police say the girls may have have been heading to Central Park.

The Daily News reports, "The two girls — friends who live around the corner from each other — returned from their Flushing school, claimed they were going to walk the family dog, but instead left a note saying that they were running away together. It was not immediately disclosed if they took the dog with them... The two have never run away before, police sources said." 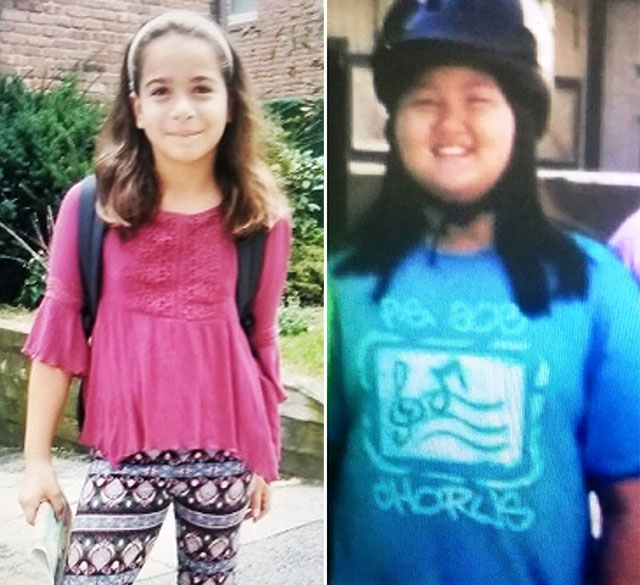 Anyone with information in regards to the missing person is asked to call the NYPD's Crime Stoppers Hotline at 1-800-577-TIPS (8477) or for Spanish, 1-888-57-PISTA (74782). The public can also submit their tips by logging onto the Crime stoppers website at WWW.NYPDCRIMESTOPPERS.COM or by texting their tips to 274637 (CRIMES) then enter TIP577.