The FDNY says 11 people were injured—eight have minor injuries and three have serious non-life-threatening injuries. A person who posted a photo of the aftermath said, "Bus jumped the sidewalk and hit a traffic light nearly hitting a baby in a stroller!"

WABC 7 reports, "The force of the crash brought down a light pole into the plaza next to the booth." A woman told the station she grabbed her daughter just in time, "The bus came at a very high rate of speed and landed right near my daughter."

@iamdover We hope everyone is okay! 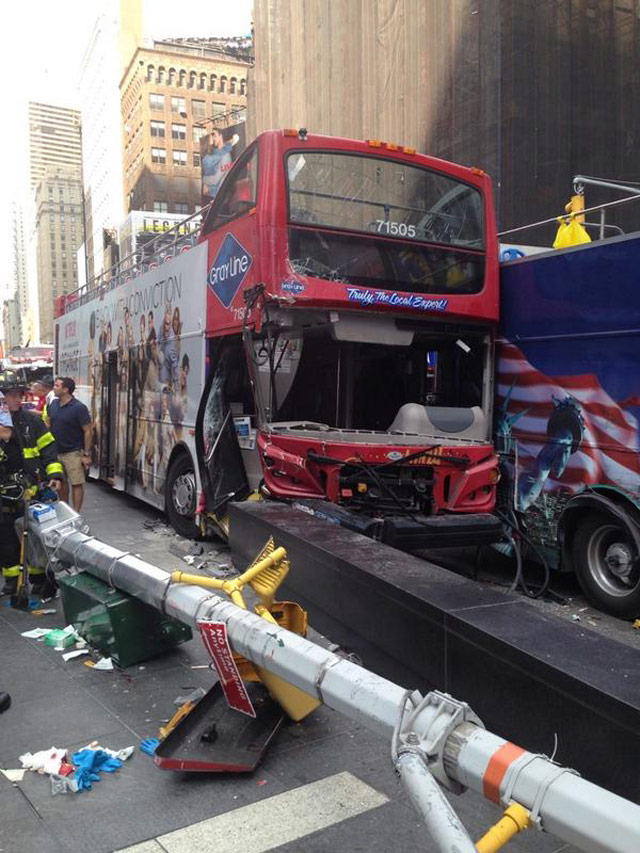 Update: 14 people were reportedly injured, with most of the injuries coming from the falling traffic light. NBC New York reports, "One person on board one of the buses, a tour guide, was also injured when she was thrown forward and her head became lodged in the dashboard, officials said. She's expected to be OK."