[UPDATES BELOW]Sandy's gale force winds and powerful storm surge shut down city bridges tunnels yesterday, but now Governor Cuomo is starting to open access points again, beginning with the Tappan Zee Bridge. As of 9 a.m., motorists were allowed to cross the roadway, which spans the Hudson river from Nyack to Terrytown just north of the city.

Motorists are reminded to drive carefully. Local roads in Westchester and Rockland may be closed due to flooding or blockage from storm debris. With extensive recovery efforts underway, the Governor advises against any unnecessary travel, which will enable repair crews to move quickly to the areas requiring immediate attention.

According to a press release from the Port Authority, the Lincoln Tunnel is open but as of right now, all other are bridges are closed and no official word has come down about when they will be open to vehicular traffic. Gothamist editor John Del Signore reports that the Williamsburg bridge remains closed although police are allowing people to evacuate Manhattan into Brooklyn. The Governor's Twitter account confirms that at this time, MTA bridges are open to emergency personnel only.

[UPDATE] As of 10:30 a.m, the East River bridges and the RFK Bridge have reopened. Gothamist's Chris Robbins is on the scene at the Williamsburg bridge and Tweeted that at 10:20 a.m. NYPD "relented" and "let a wave of honking cars over the Williamsburg Bridge." 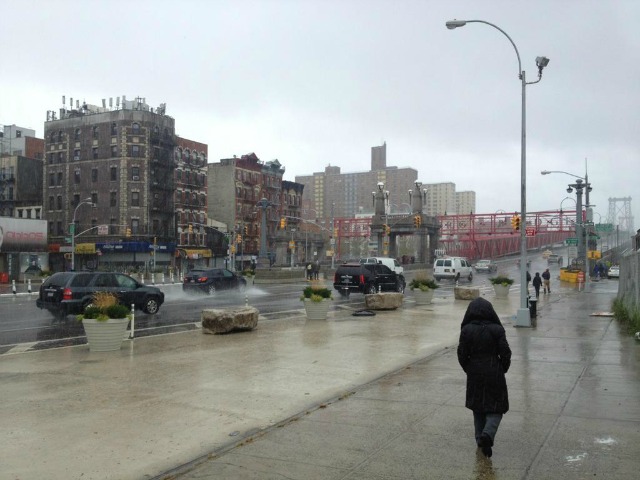