[UPDATES BELOW] A Pittsburgh SWAT team has descended upon a high-rise office building this morning, where an armed man claiming to have a bomb has taken a hostage or hostages in an office suite. No injuries have been reported so far, and officials are currently trying to negotiate with the individual. According to local reporter Jon Delano, the Pittsburgh police chief says a "black male is holding 1 possibly 2 hostages in a 16th floor suite, site of a pension fund." The Post-Gazette reports:

Chief Harper said the man walked into the suite at 8:10 a.m. and claimed he had a gun and a bomb. He asked questions about "an individual," the chief said, then took a hostage or hostages. At least three other people in the office were ordered to leave, witnesses said.

Kathi Dvorak, who works across the hall from CW Breitsman, said a woman ran into her office yelling "Somebody's robbing us! Call 911!" Another woman ran in, who grabbed a phone and also called 911. They locked the door and stayed for five or 10 minutes until building security arrived to evacuate them.

Police have blocked streets and secured other floors of the building. Police have closed blocks of Penn Avenue, Commonwealth Place and Boulevard of the Allies. 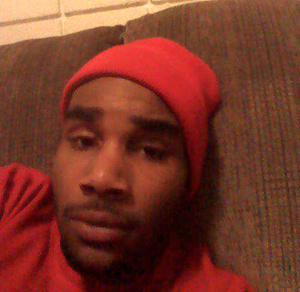 "We are negotiating with that individual," the chief told reporters. "He has a hostage or hostages in an inner office of the 16th-floor suite. We are willing to talk as long as it takes to resolve this in a safe and orderly fashion." The suite, located in a building called 3 Gateway Center, is occupied by CW Breitsman Associates, LLC, a third-party firm that helps administer others' insurance, retirement and pension plans.

Here's an interview with some of the office workers who got out. We'll update as the situation develops.

Update 11:34 a.m.: The Pittsburgh police chief has identified the hostage-taker as Klein Michael Thaxton, a man said to have a criminal history. He's currently posting subliterate updates—including his phone number—on his Facebook page, such as, "I cant take it no more im done bro. How this ends is up to yall bro real shyt." The responses are equally disturbing.

According to one local reporter, Thaxton's mother is at the scene.

Update 11:48 a.m.:According to local reporter Janelle Hall, Thaxton only wants to negotiate with police through Facebook.

Update 1:08 p.m.: Thaxton's Facebook page has been taken down as more details emerge about his history: He's an aspiring rapper, police say he's "ex-military," and he was convicted for carjacking earlier this year in Pennsylvania.

Police have confirmed that he is currently holding one male hostage.

Update 2:20 p.m.: The alleged hostage-taker has surrendered peacefully and is now in police custody. The victim, Charles Breitsman, is safe; according to local reporter Kelly Brennan, he is the owner of the company on 16th floor. At press time, it was unclear when Thaxton's Facebook page would be restored.