UPDATE: NYPD Is No-Show At Community Meeting In Wake Of Two Cyclist Deaths

Chelsea residents said they were insulted Wednesday when the NYPD declined to attend a Community Board 4 meeting following two cyclist deaths at the hands of bus drivers in less than a week. CB4's transportation committee had hoped to gain some clarity on the responsibility of various city agencies to penalize bus drivers for clogging residential side streets.

[Update 6/23: CB4 issued a statement Friday saying that the board did not extend an invitation to the NYPD to attend Wednesday's meeting, despite statements made to the contrary by transportation committee co-chairs. See below.]

"This is very offensive and insulting that they didn't show up when we had two people killed in our neighborhood," said Christine Berthet, co-chair of the transportation committee. CB4 has been raising the alarm about heavy bus traffic outside of truck routes since December 2016.

"If two people got killed by stray bullets or Legionnaires' disease, the whole city would descend on the area and something would get done," predicted Fred Gates, 53, a daily bike commuter from the Upper East Side to Chelsea. "The police not being here, that's not acceptable to me."

According to Berthet, the NYPD declined her invitation on the grounds that they can't discuss ongoing investigations into the deaths of Dan Hanegby on West 26th Street and Michael Mamoukakis at the corner of 7th Avenue and 29th Street. But board member David Solnick said investigation details are secondary to a broader discussion about how the NYPD and DOT might improve safety on streets that are popular for cyclists going to-and-from the West Side Greenway, as well as tour, interstate and charter buses.

"We'd be talking about enforcement of the law," Solnick said.

The NYPD did not immediately respond to a request for comment.

Colleen Chattergoon, DOT's community coordinator for Manhattan, told CB4 on Wednesday that while buses are encouraged to adhere to truck routes, the DOT does not have a clear protocol for enforcement. West 23rd through West 30th Streets are not truck routes. 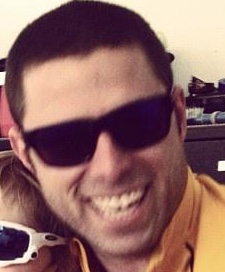 "A lot of these buses, they should follow the bus route, but some of the buses don't do so because they take local streets because they want to take the closest route to their destination," she said. "And it's unfortunate. And I know our legal team is looking at the rules carefully and we are working with NYPD legal to look at the rules and see what we can do."

City traffic rules empower the DOT to issue permits to intercity bus companies, and revoke them if a driver is involved in a fatal crash. The NYPD is obligated to enforce these permits, with fines ranging from $500 to $2,500. But violations don't pertain to routes. Instead, interstate buses can be fined for dropping off and picking up outside of an official bus stop. And enforcement has been historically lax. Senator Daniel Squadron sponsored legislation requiring interstate bus permits in 2012. New rules went into effect in 2013, but weren't enforced at all until 2017, according a press release from his office.

Traffic rules also state that charter buses (which, unlike interstate buses, don't have specified routes) must adhere to truck routes, except for the "purpose of arriving at his/her destination" by "leaving a designated truck route or bus route at the intersection that is nearest to his/her destination."

"We don't generally prohibit trucks or buses on any given street," wrote former DOT Manhattan Commissioner Margaret Forgione in an email to a concerned resident in July 2014. "Buses are allowed on any street (although in this case we find that inter-city buses cooperate with our requests to stop using a given street)."

Gothamist sent questions to DOT this week, asking if Forgione's policy still stands, and whether DOT has made efforts to dissuade bus traffic on residential side streets in Manhattan, or plans to do so in the wake of two deaths. The agency responded that enforcement is the NYPD's jurisdiction, and that DOT is working closely with the NYPD and reviewing possible safety fixes.

CB4 voted Wednesday to send a letter to NYPD Commissioner James O'Neill asking for a meeting to discuss enforcement of bus routes in the neighborhood. The board also plans to renew its call for crosstown protected bike lanes, and, for the first time, send a letter directly to Mayor Bill de Blasio about bus traffic concerns.

The DOT and NYPD will participate in a closed-door meeting with representatives from bus companies, local councilman Corey Johnson's office, and some CB4 members to discuss both cyclist fatalities, according to Johnson's office. Both crashes will be addressed at today's Manhattan South precinct traffic statistics meeting with the NYPD, Chattergoon added. That meeting is also closed to the public.

The DOT will "have more information to share with the community board" next month, Chattergoon said.

Gates, the daily Chelsea bike commuter, criticized the DOT for what he called an "unnecessary handling of the NYPD with kid gloves."

"To me it sounds like corporate speak," he added. "It sounds like, 'We're considering your proposal and of course we'll get back to you soon.' I get that they are a bureaucracy, I get that they have a lot of balls in the air, but come on: two people just got killed and cops don't even come. That's messed up."

[Update 6/23]: CB4 District Manager Jesse Bodine said Friday that there was a miscommunication between the district office and transportation committee co-chairs Bokser and Berthet.

"Manhattan Community Board 4 did not invite the NYPD to present at Wednesday's Transportation Committee," Bodine stated. "The CB4 District Office did inquire as to the status of the investigation and awaits further details as they become known."

"What happened is we made a mistake," Berthet said via email. "We thought NYPD had been invited when in fact there were phone calls with them to get information but no invitation were made."

The NYPD did not immediately respond to a request for comment.