[UPDATE BELOW] The NYPD Hate Crime Task Force is investigating a suspicious fire that erupted outside a synagogue in Kensington, Brooklyn yesterday. The wooden base that supports a large, 5'4" menorah on the front porch of the Chabad Lubavitch synagogue on Ocean Parkway was set ablaze early Wednesday before dawn. Rosh Hashanah began at sundown Wednesday night.

Police sources tell the Daily News they're investigating the fire as a “possible bias incident." No one was injured in the blaze. NY1 reports that it took firefighters an hour to extinguish, but the fire did not spread to the rest of the building, which is currently unoccupied for renovations. 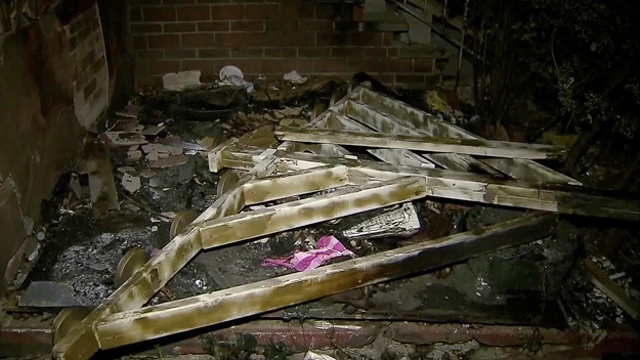 "I smelled smoke from the outside,” a neighbor told the News. "The menorah and the bushes around it were on fire. It was a tall blaze and it had completely engulfed the front of the shul." And a man identified only as a "Jewish chaplain" by CBS 2 said, "Knocking something like this down is making a big statement, trying to destroy an essential part of the Jewish religion here in New York."

In April, a Brooklyn man was arrested for allegedly setting fire to mezuzahs outside a dozen South Williamsburg homes.

Update 3:30 p.m.: An FDNY source tells the News that investigators now believe the fire was caused by "a carelessly disposed cigarette," not an anti-Semite.