Update: NYC Is Home To The Tallest Politician On Earth

When you are very tall, people love to hurl extremely hackneyed comments at you, like, "How's the air up there heh heh heh bet you've never heard that one before!" and "Do you play basketball?" and "my God you're tall," as if you had never realized that before. Sometimes, these gawkers take it one step further and give you an official title just to make you feel really singled-out and special.

Today, for example: City Councilmember Robert Cornegy, Jr. "will be presented as Guinness World Records' tallest male politician" in a ceremony at New York City Hall, where fellow tallman Mayor Bill de Blasio will make what I'm guessing will be a series of clever jibes about Cornegy's impressive stature. [UPDATE from the ceremony below.]

Inbox: " On Wednesday, March 27th at 12PM, New York City Council Member Robert E. Cornegy, Jr. will be presented as Guinness World Records’s tallest male politician in a ceremony in the Blue Room at New York City Hall." (How can this be true?)

In case you were wondering, and I know you were, Cornegy stands approximately 6 feet 10 inches tall and yes, he did used to play basketball. Now, however, he represents Bed Stuy in the City Council and chairs the Housing and Buildings Committee.

Cornegy recently told the NY Times that he has to take the subway to work because cars tend to be too small to contain him. Cornegy also has to make expensive lifestyle adjustments, like buying bespoke extra-long suits and size 17 shoes, and shelling out to have his toilet raised eight inches off the ground. Well, actually, he didn't have to do that; as he explained to the Times, he just "want[ed] to see what it's like for [his] feet to swing." 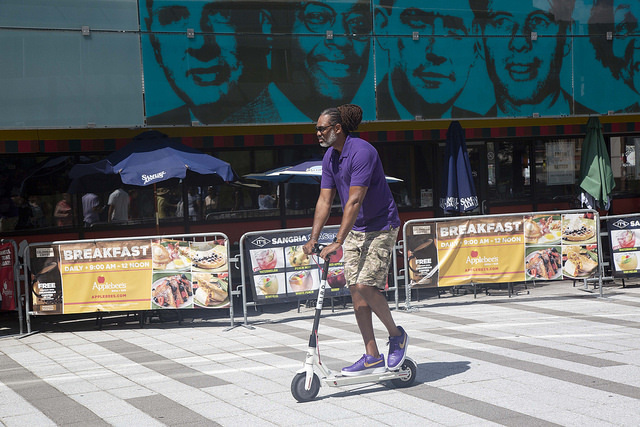 It also bears noting that no one foisted this title upon Cornegy—you have to apply for Guinness World Records, because there are simply too many superlatives out there and how could this humble organization ever keep track without your self-reporting? Cornegy told the Times that he embarked on this journey with some skepticism, before discovering that he had about three inches on his predecessor.

"When I first started this, I said there is no way I'm the tallest politician in the world. There must be an ambassador in Africa who is seven feet," he said. "But when I found out the previous record-holder was only 6 foot 7 inches"—London's Sir Louis Gluckstein, who died in 1979—"I had to give it a shot." 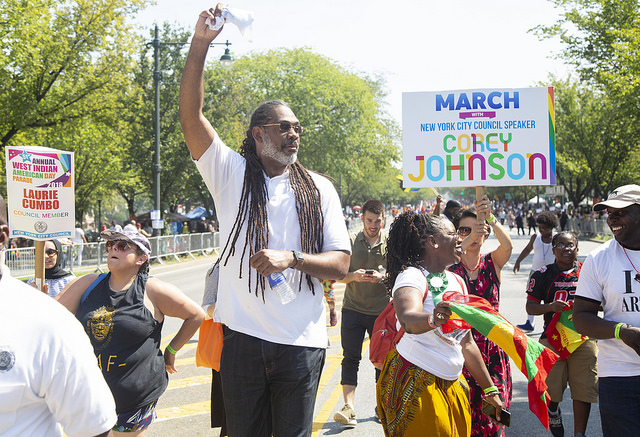 In order to secure his title, Cornegy has to submit a certified height evaluation containing measurements of his body in three different positions at different times on the same day. He laid on the floor to reap the benefits of an extended spine, and stood against a wall, according to the Times. The official tally came out at 6'10," although previous reports list him at 6'11," which is as tall as the Croatian parliament member some people are saying should be the real record-holder.

Anyway, I don't know what de Blasio (6'5") will say to commemorate this festive occasion, although based on his running commentary at Cornegy's 2014 inauguration, I am guessing it'll be something to the effect of, "I want to look him in the eye, but I can't," or, "Robert, you're doing that tall thing again. You are being extremely tall," or, "It says here in my notes you have big shoes to fill. I'm just not going there."

We shall see what wild discomforts the day brings, but in the meantime, congrats to Robert Cornegy, Jr., on winning this important distinction for his city. We're all very proud.

UPDATE: During the City Hall ceremony, Cornegy was officially—and finally—awarded the title “world’s tallest politician.” As expected, de Blasio rattled off a number of corny dad jokes that started to wear out the audience.

“[Cornegy's] achieved a lot. He has a lot to be proud of, but this man's head is never in the clouds, despite the fact that his head is quite literally always in the clouds,” said de Blasio, prompting groans.

The mayor also stood on the pull-out part of the podium to gain another five inches of height and see Cornegy eye to eye. After receiving his award, Cornegy took questions from the crowd including whether he'd ever want to be shorter (yes, during in high school). 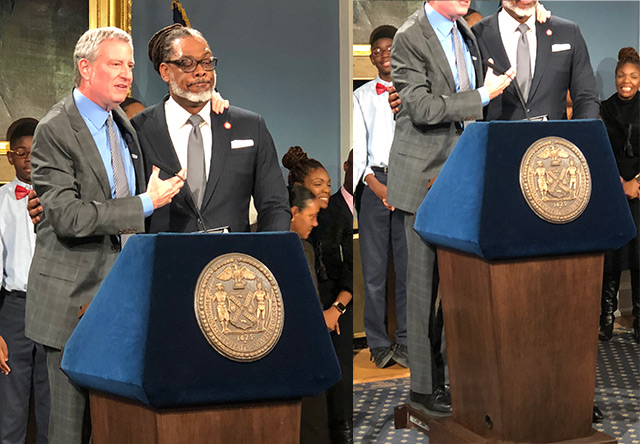 While acknowledging the award, Cornegy said, “I want to say to all of those young people out there who may be faced with the idea that because of their physical attributes or because of how they were born, they are relegated to doing a particular thing… that you can absolutely do it and you don’t have to be relegated to a particular side of society based on how you look and that is important to me."

#bill de blasio
#City Council
#robert cornegy jr
#tall
#taller
#tallest politician on earth
Do you know the scoop? Comment below or Send us a Tip