[UPDATE BELOW] NY Times Executive Editor Bill Keller was supposed to be spending his Sunday morning swilling lattes and catching up on back issues of Page Six Magazine, but instead he has to stomp around the Internet putting out fires arising from this fake editorial published on a realistic-looking yet fake NY Times website. On Twitter, Keller busts out the full caps to inform the world "THERE IS A FAKE OP-ED GOING AROUND UNDER MY NAME, ABOUT WIKILEAKS. EMPHASIS ON "FAKE. "AS IN, NOT MINE." (To which one wag replied, "IS IT ALSO IN RUDE SHOUTY CAPS?") 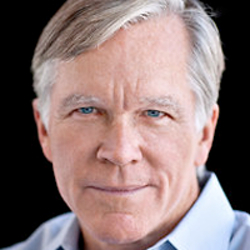 The fake editorial is fairly convincing in tone and style. In it, fake Keller blasts the Obama administration for exerting "backroom pressures" to expand the "financial blockade" against Wikileaks. "I’ve said repeatedly, in print and in a variety of public forums, that I would regard an attempt to criminalize WikiLeaks’ publication of these documents as an attack on all of us, and I believe the mainstream media should come to his defense," opines fake Keller. "Obama has clearly not lived up to his 2008 campaign promises to protect whistleblowers, rather his policy is more like China’s treatment of dissidents."

The editorial fooled, many including New York Times technology writer Nick Bilton. It also appears that Keller's Twitter was hacked. [See update below] In addition to retweeting a link to the fake editorial, at some point earlier this morning Keller's account Tweeted the above declaration: "I am now a world expert in dressage. Ask me anything." (Dressage, for the uninitiated, is a competitive equestrian sport and has nothing to do with ladies' fashion.) That tweet has since been deleted, but NewYorkist got a screengrab.

Keller did not immediately respond to our inquiry about the Twitter hack, but earlier today he replied to Peter Kafka at AllThingsD. Kafka theorizes that if Keller's Twitter was hacked, "what if Keller’s Tweet about the fake Keller column was a fake? (And have you ever really looked at your hand, man?)" In response to his query, Keller wrote:

Ah, the social media hall of mirrors. Yes, the “WL Post-Postscript” Op-Ed is a fake. (Though it steals a few lines from my exchange a few days ago with Matthew Ingram, which was real.) My tweet calling the fake tweet a fake was real. This tweet assuring you that the tweet about the fake tweet is not fake is also real. All clear now, right? Good. It’s been real.

Update 11:21 a.m.: Keller replied to our inquiry about the supposed Twitter hack to say, "Not as far as I can tell." Bilton, the Times tech writer, has determined that the Bill Keller twitter account that tweeted about the dressage is also fake. "The account above looks real, right?" Bilton asks. "Bill Keller's name, photo and URL are all correct. Most importantly, his Twitter handle reads: @nytkeller. Well, it turns out this is actually a fake Twitter account.

"After suspecting something was off with the account — namely that it didn't have a little blue "verified" symbol next to it and didn't show an accurate follower count — I discovered that the two "ll"s in the Twitter handle were actually a capital 'i' and lowercase 'L.' So in Twitter's app, it looks like a capital 'll' when in reality it spells his name with an 'il.' "

#bill keller
#hackers
#inception
#twitter
#wikileaks
Do you know the scoop? Comment below or Send us a Tip