[UPDATE BELOW] Last night's rash of violent home invasions in Williamsburg and Greenpoint have left local residents rattled. The investigation is still in its early stages, but the NYPD press office now confirms there is a "person of interest" in custody who is being questioned, and a spokesman says "lineups are being conducted to see if the incidents are linked." Meanwhile, one woman who lives in the same building as two of the victims has told us what transpired during the third break-in.

The woman, who asked that we withhold her name out of concerns for her safety, resides in Greenpoint on Engert Avenue between North Henry and Russell. She says a young man in his 20s entered her neighbor's apartment at approximately 9:45 last night. "My boyfriend and I were home in our apartment," the woman tells us. "Our dog started barking and we heard a lot of shouting in the hallway." According to her account:

A woman in her 50s lives there with her husband. The kid got into her apartment, punched her in the face, threw her down on the floor, and started attacking her further. The husband was in bed at the time, and when he ran out to help, the kid slashed him in the throat and stomach with a key. He was bleeding from the stomach, and if it had been a pocket knife he would have cut his throat.

While the intruder was assaulting her husband, the woman picked up a knife and came at him screaming. "He ran," says our tipster. "And grabbed the lady's phone on the way out. He was also carrying a laptop in a plastic bag, which I think he took from the first apartment." Police arrived roughly five minutes after the victims called 911, and while they were there our source says she heard over the police radio that a third attack was happening on Nassau Avenue. (So far, it appears the Nassau Avenue home invasion was second in order.)

"The police were pretty awesome," the woman adds. "There were a lot of cops here and helicopters hovering. We had detectives here late into the night, and today there's a unit here dusting for prints. Nothing like this usually happens in our neighborhood, and it seems like they're taking it very seriously."

Asked how the suspect accessed the apartment, our source says she believes her neighbors left their door unlocked—and that her door was unlocked as well. "They've been living here for 40 years and our building's very safe," the woman tells us. "There are only five units, including the landlord. My door was unlocked. Thank God my dog was barking. The other people he attacked were young girls, and he could have been trying to get inside my apartment."

Neighbors described the intruder as "a young skinny guy" in his early 20s. Investigators are currently examining security camera footage from the building that shows the suspect "snooping around" inside the building.

The Engert Avenue resident tells us that although her neighbors were bruised, cut, and bleeding, they declined to go to the hospital. We'll update as more information becomes available.

Update 3:10 p.m.: Photographer Katie Sokoler spoke with one of the victims, John Gonzalez, outside his home this afternoon. He showed her a photo of the scratches on his stomach and neck: 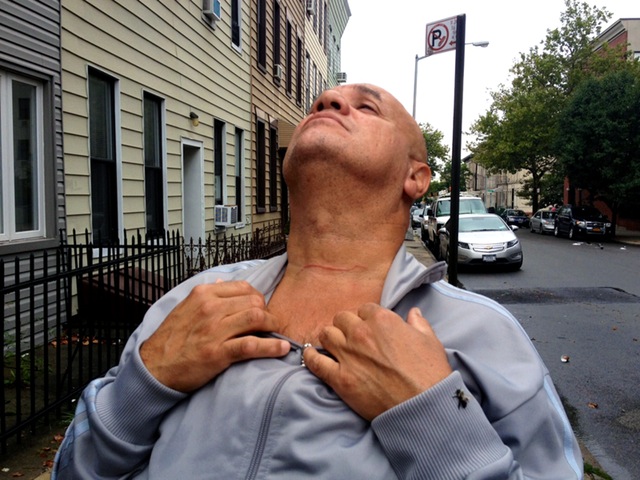 Gonzalez says he had no idea how the suspect accessed the building; he was in bed when the man entered the apartment and tried to rape his wife. As a neighbor told us, he was slashed with a key in the stomach and neck after he rushed to his wife's aid, but says he's just lucky it wasn't a knife.

While he was fighting off the intruder, Gonzalez's wife grabbed a knife and threatened the suspect. "I don't know why she didn't stab him," Gonzalez declares. "He was attacking us and I was telling her to defend herself and stab him!" Instead, the perp ran off with his wife's cell phone. Gonzalez's wife sustained bruises to her face, but both declined a trip to the hospital. 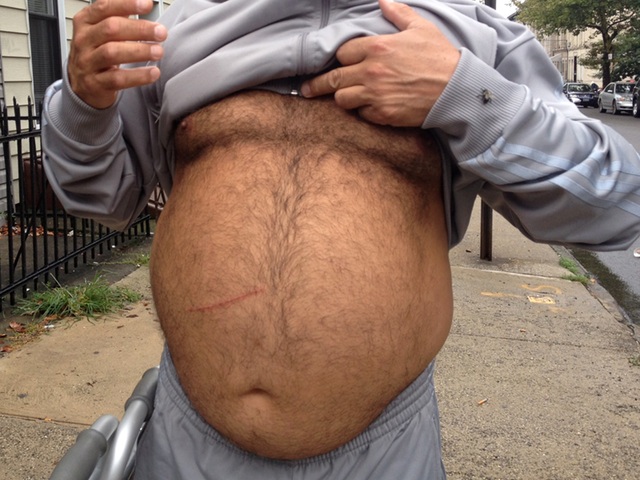 Gonzalez, who has lived in the building for 40 years without incident, says he can feel the neighborhood changing for the worse, and the couple has now decided to move to Florida. As he recounted last night's incident with Sokoler, an NYPD cruiser pulled up to take Gonzalez and his wife to see if they can pick the "person if interest" out of a police lineup. 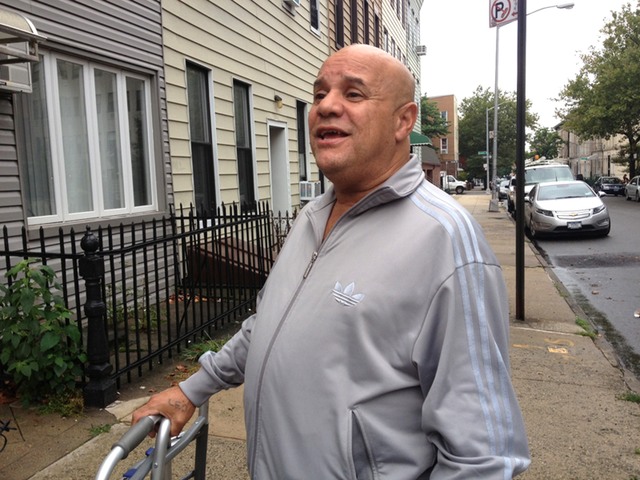 Police sources tell the Daily News the suspect is a homeless man who was picked up as he slept in a building near the third crime scene.

#brooklyn
#greenpoint
#home invasion
#williamsburg
#original
Do you know the scoop? Comment below or Send us a Tip
A new Gothamist is coming! We’ve moved comments over to our beta site. Click here to join the conversation and get a preview of our new website.