The Mayor's spokesmen have not yet responded to our probing questions about the Trojan rep's allegation, but another reporter on the scene says it was "shut down on 23rd Street due to a parking violation." Our tipster, who asked to remain anonymous because she doesn't want the whole world to know she was waiting on line for a free sex toy when she was supposed to be working at her desk, tells us that a few people on the front of the line did receive vibrators, but then the giveaway ended and the truck pulled away to loud booing.

Update 6:17 p.m.: A spokesperson for the mayor's office has issued this statement: "All commercial promotional activity taking place in the street needs a street activity permit. This activity promoting Trojan products, which impeded pedestrian and street traffic, did not have a permit. The production company affiliated with the event is currently in discussions with the Mayors Office to hold a promotional event with proper permits at a later date." We're trying to find out what this means for tomorrow's giveaway, and we'll update when we know more. 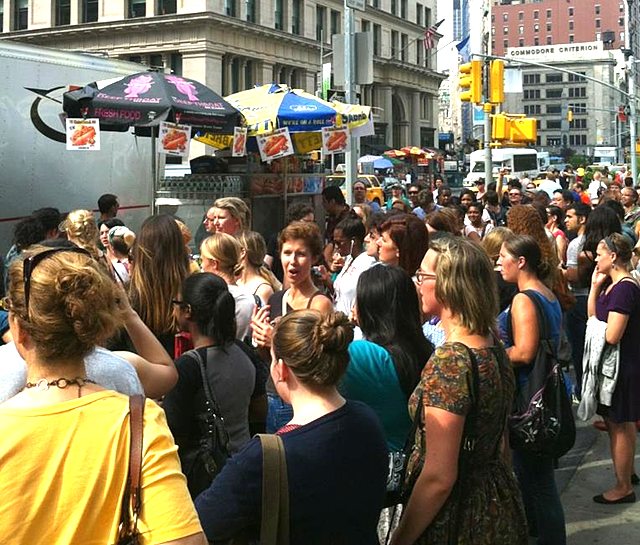 A shocked and dissatisfied crowd reacts to the handout's abrupt and anticlimactic conclusion.