Then Wednesday, around 11:50 a.m., the woman was birding near Strawberry Fields when the man, whom she described as white and clean shaven, with a Russian accent and in his 40s or 50s, appeared again.

He said to her, “Do you remember me?”

Then he threw her to the ground, raped her and stole her bag, which contained a camera. It was not clear if the camera was the one that she had used earlier or if she kept the photos from the earlier encounter, which she never reported to the police. The man also beat her with his fists.

Another birdwatcher, Eric Ozawa, ended up calling 911. According to NBC New York, he said that he saw "pair of legs sticking out along the path but thought it was somebody sleeping. As Ozawa got closer, he realized it was a woman lying face down. Her face was badly swollen, she had a black eye and was covered in mulch."

The victim told him that she had been raped. Ozawa said, "It's shocking that it could happen in the park in broad daylight. That someone could rape somebody in her 70s."

The police released surveillance images of a man wanted for questioning. 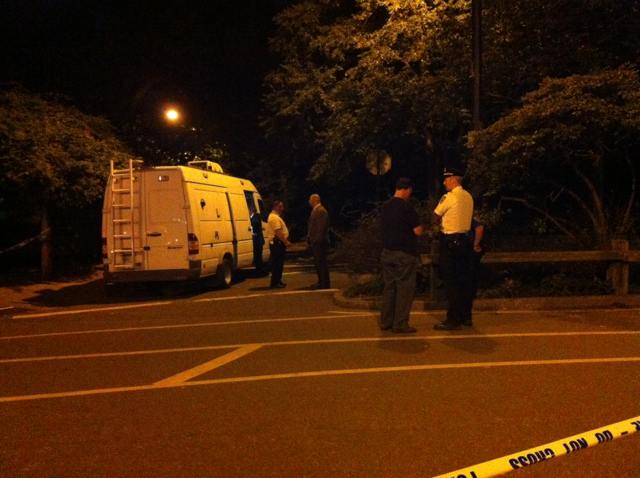 Police were still in the park at 8 p.m. (Jen Chung/Gothamist)

#attack
#bird watcher
#central park
#crime
#sexual assault
#strawberry fields
Do you know the scoop? Comment below or Send us a Tip