[UPDATE BELOW] A man was killed biking in Bushwick early this morning. Police say that the 26-year-old victim was biking through the intersection of Metropolitan Avenue and Stewart Avenue at around 5:15 a.m. when he was likely struck by a vehicle. First responders reported that the victim had serious head trauma, and he was transported to Woohull Medical Center where he was pronounced dead. An NYPD spokesman said, "we're still trying to determine if he was struck or not," but noted that there is no criminality suspected at this time, and that there is currently no additional information available.

In Queens last night, police say a 60-year-old woman was killed walking down the sidewalk after a vehicle's driver lost control of his car. Mary Gater was on Jamaica Avenue near Sutphin Boulevard when the driver, an 85-year-old man in a 2006 Chrysler 300 sedan, "lost control of the vehicle, drove onto the sidewalk" and hit Gater. Police say there is no criminality suspected.

Gater and the unnamed cyclist are the city's fifth traffic fatalities in four days. 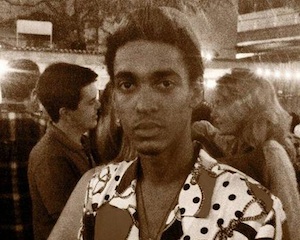 The cyclist killed this morning in Bushwick was Terence Connor, a drummer in the Brooklyn-based Total Slacker. "Unbelievably heart broken, our drummer Terence Connor was killed in a hit and run accident while riding his bike early this morning," reads a post on the band's Facebook page. "Sending all our love to his family and friends."

An NYPD spokesperson refused to confirm the identity of the victim or that they were killed in a hit-and-run. They also refused to comment on a previous statement that indicated there was no criminality suspected. "The investigation is still ongoing at this time," they said.