[UPDATE BELOW] A 53-year-old cyclist is clinging to life after a collision with a Jaguar driver on Canal Street "left him lying on the ground like a rag doll," according to one witness. The accident occurred at the intersection of Canal Street and West Broadway during rush hour around 5:30 p.m. yesterday. Police say the cyclist was turning onto Canal from West Broadway when he was hit by the eastern-bound Jaguar. The crash sent the man, who was reportedly not wearing a helmet, careening over the top of the car.

In photographs from the scene, the Jaguar's sun roof and windshield are seen to be heavily damaged by the impact. According to the Daily News, the unidentified driver received a summons for possessing a small amount of marijuana. As you may know, New York State decriminalized low-level marijuana possession some three decades ago, making it a violation punishable by a fine, not an arrestable offense.

However, the NYPD has been criticized for arresting record numbers of minorities for possessing small amounts of marijuana that turn up during illegal stop and frisks. So isn't it shocking and disillusioning that walking while black with a little grass lands you in the Tombs, but cops send a pot-possessing Jaguar driver on his way after nearly killing a cyclist? It almost makes you wonder if the police enforce laws differently based on the perpetrators' social class!

UPDATE 4:35 p.m.: An employee at D.B.A. Brooklyn confirms that the injured cyclist is Ray Deter, owner of D.B.A. On the bar's Facebook page, they've posted the following:

We are reaching out to every one of our patrons and friends to please send your prayers and loving energy to Ray Deter at this time. As some of you may have heard, Ray was in a very serious bicycle accident yesterday and is in critical condition. For those of you who are hearing this for the first time, we are so sorry to share this news in this manner, though we are grateful for the tool to reach many of you. 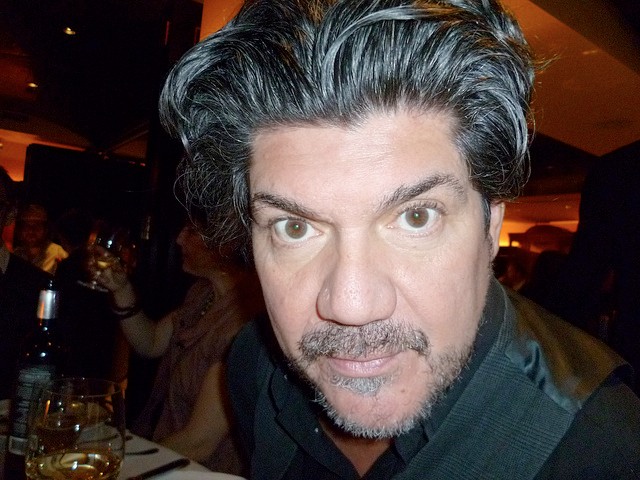