Cornel West and more than a dozen other Occupy Wall Street protesters were arrested today in Harlem during a civil disobedience protest against the NYPD's stop-and-frisk policy. The protest took place outside the 28th Precinct at West 123rd Street and Frederick Douglass Boulevard, as a substantial group of protesters led by West chanted, "Stop & frisk don't stop the crime. Stop & frisk IS the crime."

When he was speaking to the assembled protesters, Cornel West said at one point: "We need to bear witness to injustice. If cops need to take us to jail, take us to jail." Protesters locked arms just before police started making arrests, according to Lucy Kafanov: "Carl Dix, Colonel West and others join hands as #NYPD moves in." 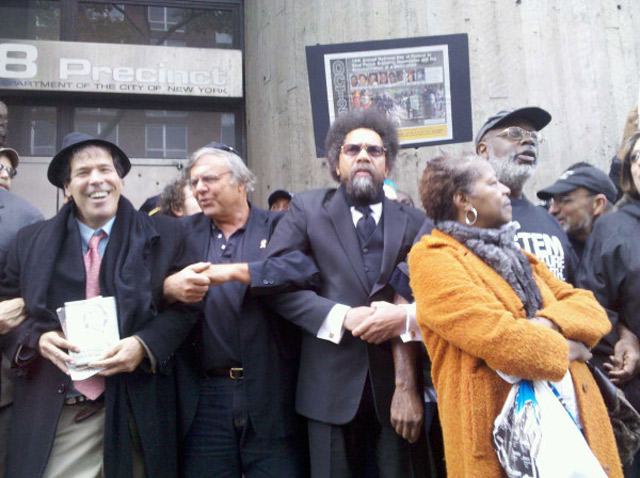 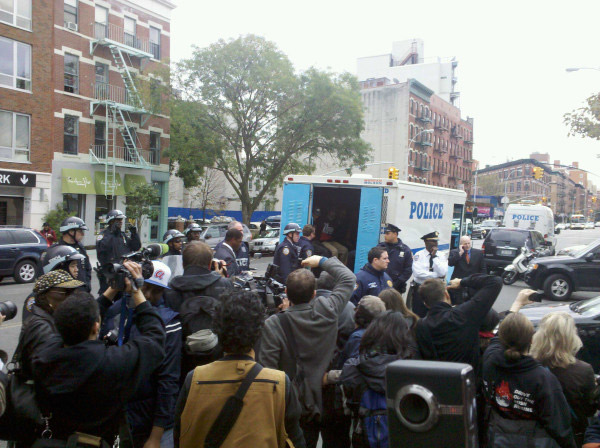 According to the NYCLU, "white shirts say total of 32 arrested" altogether in Harlem. John Knefel, who was on the scene at the protest all day, gives an update on what's happening now: "Cornel West Carl Dix & rest being held at 33rd precinct. 169 & amsterdam. we're marching there."

The march against the NYPD's stop-and-frisk policy came a day after several elected officials called for a federal probe into the policy, and the same week that an eight year NYPD veteran was arrested and charged with civil rights violations in connection with a racially-charged stop-and-frisk arrest on Staten Island. More than 317,000 people were stopped between January 1 and June 30, an increase of almost 14 percent from last year.

Update 3:45 p.m.: Protesters have splintered off into two groups—one headed back downtown to Zuccotti Park, while the other has been marching through Harlem toward the 33rd Precinct as you can see in the picture below. According to Knefel, "Picking up supporters. Several hundred march—'We say no to new Jim Crow, stop & frisk has got to go.'" 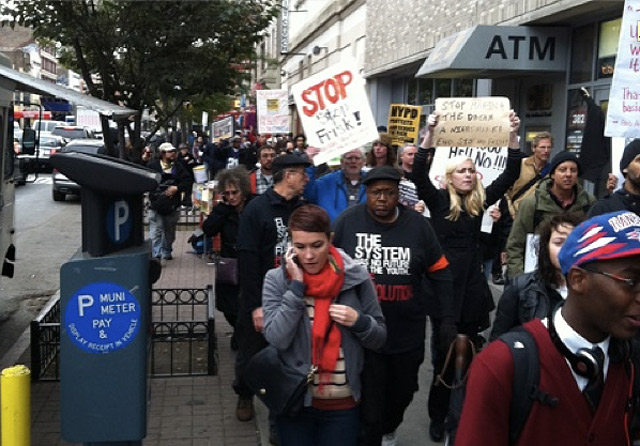