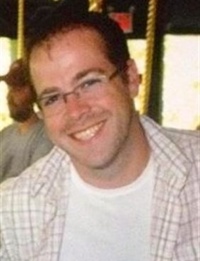 Officials say they have found the body of bride-to-be Lindsey Stewart, who went missing Friday night in a horrific boat crash on the Hudson River. The boat's driver has since been arrested and charged with vehicular manslaughter, and the search continues today for the bride's friend and best man, Mark Lennon. [Update, 2:53 p.m.]: A second body has been found and authorities have confirmed that it is Lennon's.

Piermont resident Stewart, 30, was set to marry childhood friend Brian Bond on August 10th. The couple, along with Lennon and three other friends, were onboard a Stingray speedboat at around 10:40 p.m. Friday night when they struck a construction barge just north of the Tappan Zee Bridge. Four of the passengers suffered injuries, and Bond, 35, was knocked unconscious and reportedly suffered a fractured eye socket and head injury.

Stewart and Lennon, however, went overboard, and after a three hour search Friday night that resumed Saturday morning, the Coast Guard found Stewart's body about an eighth of a mile offshore. Officials are still looking for the body of 30-year-old Lennon, and while two of the passengers were wearing life jackets, they are unsure whether Lennon or Stewart had flotation devices on at the time of the crash. "She’s supposed to be married two weeks from today,” the Stewart's mother, Carol Stewart, told reporters yesterday. “It just can’t end like this.”

The boat's driver, 35-year-old Nyack resident Jojo K. John, is believed to be a friend of the couple, and he was arrested yesterday and charged with vehicular manslaughter and three counts of vehicular assault. Authorities believe alcohol may have played a role in the crash; the passengers had gone to dinner in Piermont before boarding the boat, which was heading across the river to Tarrytown, NY.

Officials are also investigating the barge the boat struck, which was being used by the state as part of the construction on the new Tappan Zee Bridge.

NY State maintains that the barge was well-lit Friday night, and that its lights remained operational Saturday morning, though Robert Van Cura, a Rockland County undersheriff, told the Times that "it is difficult to see barges that are low in the water in the dark.” The state says they will launch their own investigation into Hudson River safety procedures.

Stewart's stepfather, Walter Kosik, told reporters yesterday that the bride-and-groom-to-be a had known each other since they were children, and their relationship had recently blossomed into romance. "They were perfect for each other," the bride's aunt told The Journal News.

Update: According to the Journal News, Mark Lennon's family was relieved his body was found. His mother said, "He's at peace. He was a very joyous, happy person, and he'd want us to celebrate his life, and that's what we are going to do." His brother noted that Mark had just finished nursing school (he'd been working as a bartender and a construction worker), "Every day was an adventure for him. I'm the big brother, but his heart was a lot bigger than mine. He was my rock."