[UPDATE BELOW] After seizing the Brooklyn DA's office and the Time Warner Center last week, a new division of bloodthirsty bedbugs has sacked the AMC Empire 25 multiplex in Times Square. A moviegoer who requested anonymity tells us that 30 minutes into last night's screening of Scott Pilgrim vs. the World, she was "covered in bites." (Guess The New Yorker was right—that movie really does bite, eh?) And it's not just the Times Square location that's infested, according to our source.

"The staff at the customer service desk confirmed that the theater has known of the infestation for days and that it will not be fumigated until Tuesday," says the bitten woman. "They also told me that the AMC on 125th is fighting a bedbug infestation as well." Bedbugs thrive in the dark, and have previously feasted on moviegoers in Park Slope and Sheepshead Bay. Obviously, this is just another reason to go with Netflix, but doesn't the movie theater have some obligation to warn customers that they're being dinner and a movie?

Jamie, a manager at AMC who would only give his first name, tells us they did not have any notice posted, but claims that they did not know about the infestation until last night. He says exterminators will be working in the multiplex after it closes tonight, but the theater is still selling tickets for today. He also tells us that the bedbug problem at 125th street "has been taken care of." Of course, bedbugs are remarkably resilient and aren't eradicated so easily. The Park Slope Pavilion, for instance, has had repeated problems with the parasites, which can live for over a year between feedings. 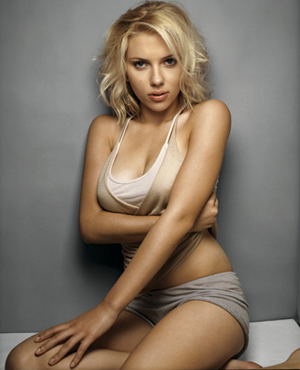 Meanwhile, the cover of the Daily News features bedbugs—and Scarlett Johansson! While it's unclear if any bedbugs have had the sublime privilege of biting the succulent starlet, the tabloid reports that according to a Marist poll, one in 10 New Yorkers has had bedbugs in their home. That's double the number estimated by the city in 2009. According to the poll, New Yorkers making less than $50,000 a year were twice as likely to have bedbugs as those with higher incomes, and only 2% of Republicans admitted to experiencing bedbugs, while 12% of Democrats did. It could be that there are just fewer Republicans to feed on in NYC, or maybe the Republicans are just better at holding onto their blood. But regardless of your political affiliation, rest assured that the bedbugs are coming for you—they are coming for all of us, and it's only a matter of time. Only the Czar can save us now!

UPDATE 11:30 a.m.: Our source just sent us an outraged follow-up email, which reads: "My friend and I were immediately given a refund as well as free passes and some concession coupons that we will not be using. None of the staff members were surprised; they even gave me tips on how to prevent getting them at home! Allegedly the Bedbugs showed up within days of the ones at 125th Street.

"This morning I received a call from an unapologetic general manager who was looking for the names of the staff members I has spoken to. He denied the infestation and blamed it on someone who sat in the seat before me. He repeatedly mentioned that a bedbug sniffing dog has not found any bugs two weeks ago as if that would change the fact that they have them now. With one infested theater in the city and hundreds of patrons every day I find it careless that they thought one visit by a dog every few weeks would suffice. It is disgusting that they would risk their staff and patrons by staying open today." But... but how can they disappoint all the people who've bought tickets to Cats & Dogs: The Revenge of Kitty Galore 3D today?!