[Update Below] A man and a three-year-old child were both killed today after the man fatally jumped from a Manhattan building. Police say that they responded to a report about two jumpers at 124 W 60th Street, a 52-story apartment building, just after noon on Sunday.

Police are still investigating the relationship between the man and the child. 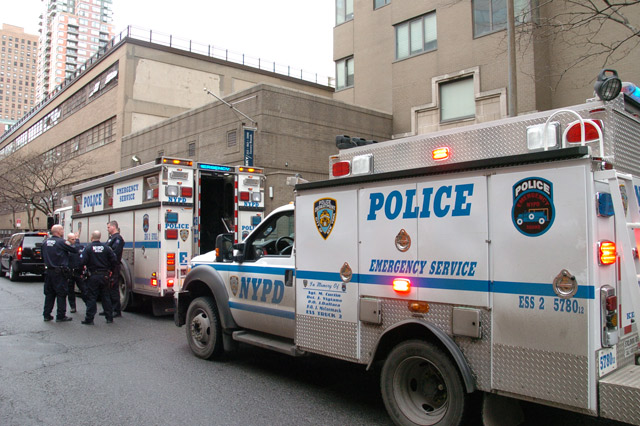 Update: CBS reports that the man was holding a the child when he jumped from the building. "I work in the hospital. I heard a boom!," Adam Gutierrez, who works in the emergency room at nearby Roosevelt Hospital, told the News. "The sound, the way it sounded, they must've jumped from high up."

Update: The Post now reports that the man who jumped was the child's father; they also claim that he tossed the child out the window and then jumped. A witness told them the boy was wearing Christmas pajamas: "They were pumping his chest and working on him, and nothing," said Luis Ortiz, who was at St. Luke’s Roosevelt Hospital, at the time. "You could tell he was slipping away. They said the father was up there, but they didn’t bring anyone else in. It was just heartbreaking."