Unfair Landlord, Terrible Son Or Both 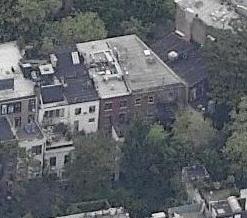 An elderly couple filed suit against their landlord last month after he refused to let them move into the first floor apartment in their West Village building that they had already spent thousands of dollars renovating. To add insult to injury, Frank and Elissa Cella are part owners of the property, and the building manager who won't let them move in happens to be their own son.

Frank Cella has diabetes, has undergone 12 vascular surgeries in the past year and eventually had three toes amputated. He and his wife have lived at 45 Morton St. for four decades and were renovating the first floor apartment to spare him the walks up and down four flights of stairs that he now must endure to enter and exit his home. After several months and tens of thousands of dollars spent renovating the apartment, however, their son John Cella told his parents that they could not move, forcing his parents to sue him. "We've come to the conclusion that we have no other option," 70-year-old Frank Cella told the New York Post.

The West Village building was purchased by Elissa Cella's grandfather and the elderly couple are now part owners. Their son also owns a portion of the property and is the building manager. The Post doesn't specify why he's refusing to let his parents move into the first floor apartment. The elder Cellas are suing to be allowed to finish the apartment renovations and to move downstairs, or are asking for $150,000 in compensation. Sigh, real estate totally tears families apart.