The only African-American bus driver at a Borough Park Jewish school worked long hours with no overtime, had his wages stolen by the school, and answered to a manager who referred to him as "monkey friend" in front of others, according to a federal lawsuit filed in mid-May. Former United Talmudical Academy of Boro Park driver Willis Baker worked for the school for four months, during which he says he worked more than the other, non-black drivers without any additional pay, and that when he complained about the many alleged abuses, including students throwing things at him and calling him "monkey" and "blackie" as teachers sat idly by, his boss told him "You are lucky to have this job," according to the lawsuit. 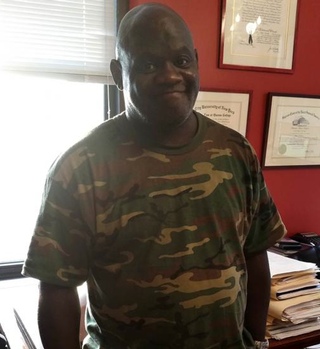 Willis Baker, 56, says he had a seriously rough four months working for the yeshiva. (Victoria Bekiempis/Newsweek)

Baker worked for the yeshiva on 53rd Street between 13th and 14th avenues from late July of 2014 to early December, and said he started out working six days a week, for 13 hours on all days but one. He claims he was paid a flat $600 per week to start, then got a boost to $850 a week, and that he was required to clean and repair buses, but was not paid extra, though other drivers were. Adding to the humiliation, he says his manager, Yanke Schaefer, regularly called him "monkey friend."

Baker also claims he was docked $1,500 in wages to pay for a crash he insists didn't happen. Before his firing, Schaefer was planning to dock Baker another $1,500 for a crash Baker said was the other driver's fault and should have been covered by insurance. In both instances, Schaefer refused to provide documentation of the supposed damage costs, and the second time Schaefer reduced his weekly pay after he complained, according to the suit.

Then, starting in November, the school added Sea Gate at the western tip of Coney Island to his route, adding two hours to each work day, and when he finally complained about the lack of overtime, asked for back pay, and demanded not to be docked $1,500, Schaefer fired him, he said.

Newsweek caught up with Schaefer, and he denied everything, including the claim that Baker was the only black bus driver:

He says he got to know Baker when the latter worked at a wedding hall next door. He was unhappy with his job there, and Schaefer says he encouraged Baker to apply for the bus driver's job, giving him a great opportunity. But Baker "did a lot of unsafe things" behind the wheel, Schaefer alleges.