Unclear Whether Dharun Ravi's 30-Day Sentence Can Be Overturned

Yesterday, a NJ judge sentenced Dharun Ravi to 30 days in jail for spying on his Rutgers roommate with a webcam. The roommate, Tyler Clementi, who was gay and had been seen on the webcam with another man, killed himself soon after in September 2009, prompting national debate over bullying and homophobia, and now the sentence has launched disparate views about whether justice was served.

Garden State Equality chairman Steven Goldstein criticized the light sentence, "We opposed throwing the book at Dharun Ravi. We have spoken out against giving him the maximum sentence of 10 years in jail and against deporting him. That would have been vengeance beyond punishment and beyond sending a message to the rest of society. But we have similarly rejected the other extreme that Ravi should have gotten no jail time at all, and today’s sentencing is closer to that extreme than the other. This was not merely a childhood prank gone awry. This was not a crime without bias." 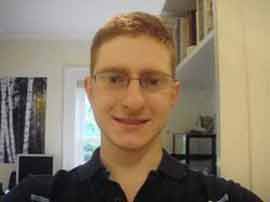 Judge Glenn Berman had chastised Ravi for not apologizing—and was even mildly annoyed that he didn't stand for his sentencing—but believed "the mitigating factors outweigh the aggravating factors" regarding the bias counts and didn't think the NJ State Legislature envisioned this kind of crime when drawing up bias intimidation law. Berman said, "I do not believe he hated Tyler Clementi. I do believe he acted out of colossal insensitivity," and “I am not condoning what this gentleman did. I’m not minimizing it. I’m not defending it.”

The prosecution plans to appeal Berman's sentence, and the immediate past president of the Association of Criminal Defense Lawyers of New Jersey, Leslie Sinemus, told the Star-Ledger the prosecutors could succeed, "because the second-degree bias convictions do carry a presumption of incarceration, even for a first-time offender like Ravi." On the other hand, Seton Hall University law professor Mark Poirer said the judge's decision was "impress[ive]" and didn't think it could be overturned, "Berman did his homework." Fordham Law School professor Annemarie McAvoy also said, "The appeal will be hard. Unless there are mandatory guidelines, it’s hard to force a judge to sentence someone to jail time. The judge listened to all sides. He had a reasoned view."

The Times caught up with some jurors, noting they "continued to struggle over the appropriate sentence."

One, Susan Matiejunas, said she had watched the proceedings on television all morning and was surprised.

“Thirty days is a slap on the wrist,” she said. “Six months to a year would have been more suitable, since we convicted him on so many counts.”

Ms. Matiejunas telephoned later to say she had reconsidered.

“The kid has spent two years in purgatory just waiting for all of this to end,” she said. “I think probably 30 days really is quite enough on top of all that.”

But don't worry, Andrea Peyser is playing judge, jury and executioner in her column today: "Why prosecute a doofus douche bag — and possible closet case — like Ravi? Why not go after every single kid whoever shouted an anti-gay slur? Or every mother who rejected her gay son?"

#bias crimes
#dharun ravi
#homophobia
#rutgers
#sentence
#tyler clementi
#webcam spying
Do you know the scoop? Comment below or Send us a Tip