The Wall Street Journal reports, "Britain’s surprise vote to leave the European Union battered the British pound by more than 11%, sent European and Japanese stocks on their steepest fall in years and broke records in government-bond yields as the world’s financial markets braced for an uncertain future for the politics and economies of Europe. It was a historic drubbing for investors who had stacked up bets that the U.K. would choose to stay."

The referendum, which comes after years of British political dealmaking and unrest, divided the country along party lines, with the right wing, populist Independence Party spearheading the "Out" of the EU campaign. (And, yes, fears about immigrants play a big part in the "Out" side.) Of course, one inescapable American "politician" seized on this:

Just arrived in Scotland. Place is going wild over the vote. They took their country back, just like we will take America back. No games!

Self-determination is the sacred right of all free people's, and the people of the UK have exercised that right for all the world to see.

Trump, who blamed the vote on Obama's support for the UK to stay in the EU, wrote on Facebook, "The people of the United Kingdom have exercised the sacred right of all free peoples. They have declared their independence from the European Union, and have voted to reassert control over their own politics, borders and economy. A Trump Administration pledges to strengthen our ties with a free and independent Britain, deepening our bonds in commerce, culture and mutual defense. The whole world is more peaceful and stable when our two countries - and our two peoples - are united together, as they will be under a Trump Administration." 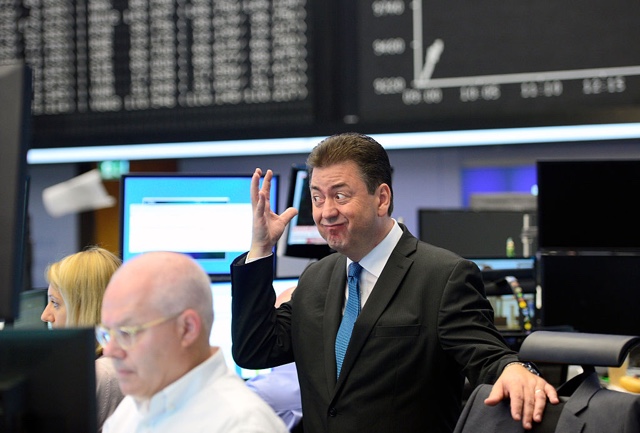 Britain is a small island that imports a lot of stuff. Being a member of one of the world’s largest free-trade zones makes that stuff cheaper. And as Vox notes, being an EU member brings multinational companies (and thus jobs) to the U.K. This is because the EU’s common laws and regulations allow your average enormous corporation to maintain a single headquarters for the entire continent. And because English is the most widely spoken language in Europe, a lot of those headquarters end up in England.

This setup is what allows the city of London to be Europe’s financial center. Which is to say: The biggest industry in the U.K. needs access to the common market in order to thrive. And a thriving finance industry isn’t just good for the plutocrats in Kensington — it also generates tax revenues that support social services in the British countryside.

If Britain loses access to the common market, many economists predict reduced growth, a weakened pound, and a devastated city of London.

Morgan Stanley might move its main financial operations to Ireland or Germany, with president Colm Kelleher saying, "We’re hoping that the British voter will show sense and listen to the economic arguments and stay... But we clearly are looking at our plans." (The BBC just announced that Morgan Stanley would ship 2,000 London jobs to another country, but the firm denied that. For the moment.) 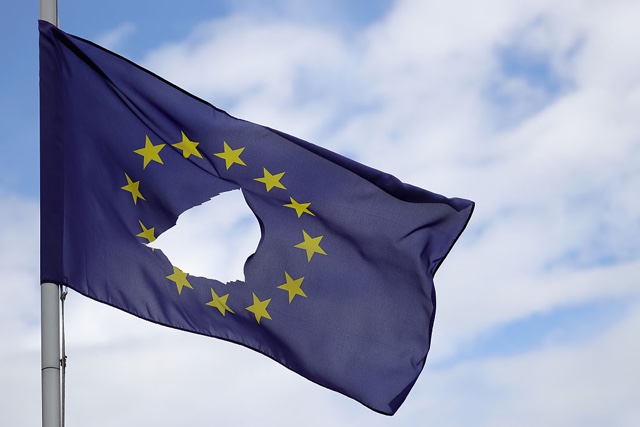 An EU flag with the center removed (Getty Images)

It'll take two years for the UK to leave the European Union, and Scotland will likely vote for its independence again, in order to join the EU. Cameron will step down in October, and now former mayor of London Boris Johnson is a favorite to succeed him.

The Dow is about 400-500 points down already this morning. Real estate outside the UK, especially in New York, might become even more attractive to investors, while a weak British pound would mean fewer tourists.

Felix Salmon, the NYC-based British finance journalist, is pretty unhappy. He writes, "This vote is also the grimmest of reminders of the power still held by the older generation, not only in the UK but around the world. Young Britons—the multicultural generation which grew up in and of Europe, the people who have only ever known European passports—voted overwhelmingly to remain. They’re the generation that just lost its future. Meanwhile, Britons over the age of 65, fed a diet of lies by a sensationalist UK press, voted by a large margin to leave. Most of them did so out of a misplaced belief that doing so might reduce immigration, or make them better off, or save them from meddling bureaucrats. In a couple of decades, most of those voters will be dead. But the consequences of their actions will resonate far beyond the grave."

It's unclear who's even in charge at this point:

Holy shit, they replaced David Cameron with a cat. pic.twitter.com/0r7KouIHW1

#brexit
#donald trump
#election 2016
#european union
#president obama
#scotland
#united kingdom
Do you know the scoop? Comment below or Send us a Tip