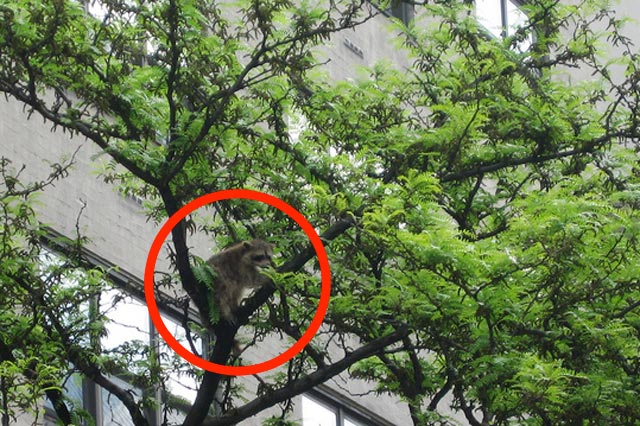 Photograph by catelinp on Flick

The raccoon seen in a tree at East 88th Street and 1st Avenue ultimately died after the police tried to capture it. The Post reports the cops "bungled" the raccoon rescue operation, firing tranquilizer darts "deep in its body."

Animal Control said the animal was euthanized because it would have been "difficult, if not impossible, to remove them." But some residents told the Post the police were joking about "harpooning" the raccoon. Linda Elkstrand said, "I just don't think they handled it as humanely as they could have," and filed a complaint with the police.

The NYPD said that there were concerns the raccoon might be rabid. During a rabies outbreak in 2006, Staten Islanders were told if they see "cute little raccoon in their backyard, staring at their children as they run around under an afternoon sun, it would be a good idea to pull the kids inside" (a raccoon's acceptance of daylight could be a sign of rabies).

#Animal Care and Control
#animal rescue
#nypd
#police
#raccoon
#upper east side
Do you know the scoop? Comment below or Send us a Tip