The weather late Saturday night was truly putrid, with corpulent drops of icy rain plunging from the sky, turning the once crisp snow below into soggy piles of filth-slush adorned in festive intestinal gifts left over from SantaCon. It was, in short, no night for walking, and if you were forced brave the frigid maelstrom, calling a car was simply the only way.

The founders of Uber are well aware that a night like Saturday means a massive increase in customers, prompting the company to enact a feature called surge pricing. Surge pricing goes into effect when demand for a car reaches exceptional levels, with examples including Halloween, New Year's Eve, and yes, Icy Wet Snow Day From Super Hell. The idea is that prices are raised in real time in accordance with "supply health," rising and, eventually, falling as cars become available.

Uber is commendably transparent about its spiking prices on high-demand days, having in the past devoted several blog posts to the matter. In short, says co-founder Travis Kalanick, the extra funds enable the company to hire more drivers:

We are able to get a far greater number of drivers on the system when Surge Pricing is in effect - it’s basic economics. Higher prices encourages more supply to come online. It gets some drivers out to work on NYE. It keeps other drivers from going to alternatives like renting their car out for the night, or trying their luck at hustling rides on the street. Higher prices means more cars, means more rides, means more people getting around the city efficiently, safely AND in style

That's nice. But what would basic sanity, to say nothing of decency, say about these prices from Saturday night and early Sunday? 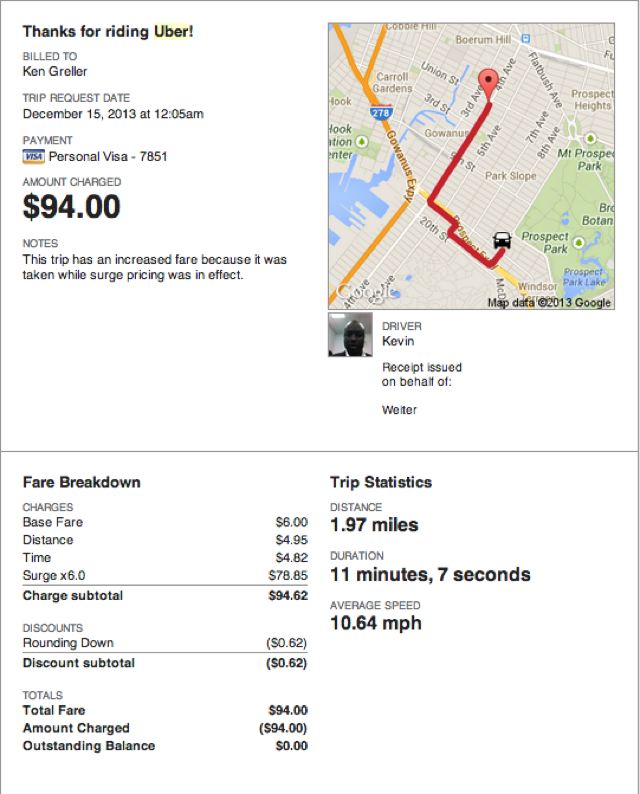 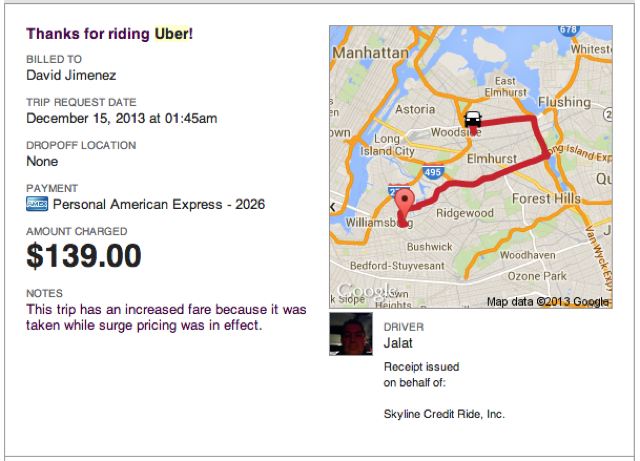 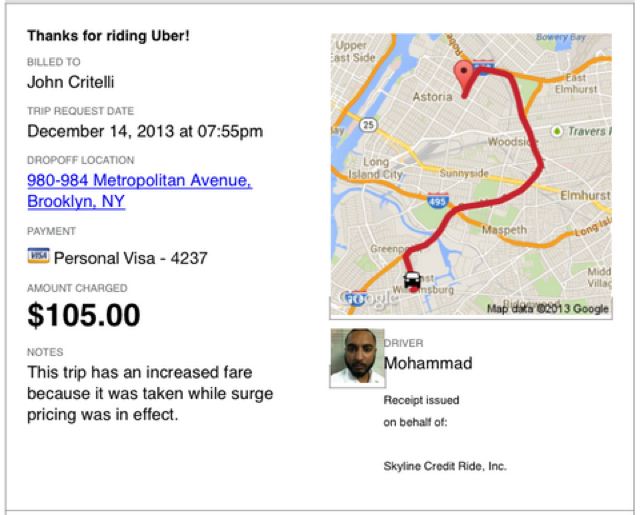 And on and on:

@Gothamist my friend was charged around $200 from Barclays Center BK to Midtown in #NYC. @Uber this is criminal and should be investigated.

Can you top this? Send your Galling Uber Receipts to tips@gothamist.com.

#price gouging
#surge pricing
#transportation
#uber
Do you know the scoop? Comment below or Send us a Tip