An Uber driver has been charged with kidnapping and wire fraud for allegedly kidnapping and groping a passenger during a terrifying trip from NYC to the suburbs. The U.S. Attorney's office says the woman was eventually abandoned on a major highway in Connecticut; she was also charged $1,047.55 for the trip.

"As alleged, Harbir Parmar was hired to transport a woman from Manhattan to her home in White Plains," U.S. Attorney Geoffrey Berman said. "Instead, Parmar kidnapped, terrorized, and assaulted the woman before dumping her on the side of an interstate. No one—man or woman—should fear such an attack when they simply hire a car service."

According to the complaint, the woman requested the Uber on February 21st, with Parmar arriving around 11:30 p.m. The victim fell asleep during the ride and "woke up with Parmar in the backseat of the vehicle with his hand under her shirt touching the top of her breast.” She reached for her phone to call for help, but Parmar had apparently taken it from her and she couldn’t find it. 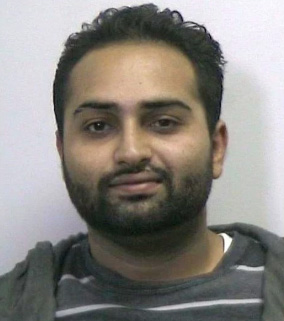 The woman demanded her phone back, but prosecutors say that he denied having it. Then, after Parmar got back into the front seat to drive, the woman didn’t recognize her surroundings; he allegedly refused her requests to be taken to White Plains or a police station.

Parmar then dropped her off off on the side of a highway, the complaint states, and the woman memorized the vehicle's license plate and walked to a convenience store. The store's employee called a cab for her to take her to White Plains. In the morning, she called Uber to make a complaint and found out she was charged $1,047.55.

Investigators, who included the NYPD and FBI, reviewed surveillance footage and found that the woman had been left on the side of I-95 In Branford, Connecticut. Further, they say that Parmar had changed the passenger's destination from White Plains to Boston during the ride.

NYPD Commissioner James O'Neill said, "The criminal acts outlined in this complaint are reprehensible. This individual’s behavior goes far beyond ridesharing companies’ efforts to revise their ethics codes and put stronger emphasis on background checks for their drivers. The people we serve deserve much better. These charges are appalling, and such behavior will never be tolerated by the NYPD or any of our local, state, or federal law enforcement partners."

Uber says it is cooperating with the investigation: "What's been reported is horrible and something no person should go through. As soon as we became aware, we immediately removed this individual's access to the platform. We have fully cooperated with law enforcement and will continue to support their investigation." The woman's fare was also refunded. The criminal complaint alleges that Parmar had also falsely charged customers for cleanup fees, like for vomiting in the car when the passenger hadn't vomited.

The TLC said it has suspended Parmar, and encourages passengers to report any problems to the TLC through 311, online or by phone: "If a passenger notifies the company of the problem directly, the most they can do is remove that driver from their own system. Filing a complaint with the TLC, however, would result in an investigation and, potentially, more serious actions such as license suspension and revocation that are only possible through the TLC."

The U.S. Attorney's office says there may be other victims, and prosecutors are asking anyone with information to report to contact the FBI’s Westchester Resident Agency at (914) 925-3888.